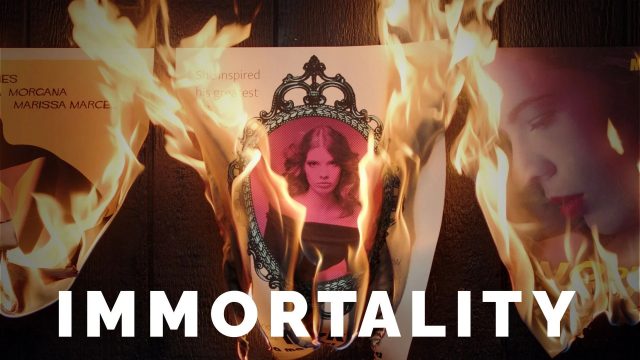 In the ’90s, a series of photorealistic games appeared that seemed impossible for PCs at the time. The explanation lay in the fact that you weren’t actually seeing frames from a rendered game, but video footage, a collection of movies you could interact with. From one point of view, that’s what the new Immortality on Android and iOS does.

Immortality has already made waves this summer after launching on Xbox Series X/S and PC. Now, with the help of Netflix, the same experience is coming to mobile. For reference, this game is the latest project from Sam Barlow, creator of Her Story. Playable on Android and iOS, if you’re a subscriber to the beloved streaming service, you don’t have to pay to enjoy it. Given that it’s one of the most highly acclaimed titles of the last year, you might be sorry if you don’t give it a try.

Read:  Harry Potter sequel idea not for all ages: the Lord Voldemort project

Immortality, the kind of thriller where you’re the detective

Similar to Sam Barlow’s previous projects, Immortality is an homage to the filmed video games of the 1990s. In this game, you must discover the fate of fictional actress Marissa Marcel. You must investigate what happened to her by watching clips from three never-released films, as well as behind-the-scenes video footage.

To better understand why it’s highly unlikely that this isn’t a game that will keep your eyes glued to your smartphone screen, it’s worth bearing in mind that Barlow collaborated with two experienced writers, Allan Scott and Amelia Grey, on the game’s script and story. Among other projects, the two are responsible for Queen`s Gambit and Mr. Robot, and now they’ve added Immortality to their resumes. In case you like memorable stories and are already a Netflix user, take a look at this title.

Read:  Guillermo del Toro's Pinocchio has an official trailer: when you can see it on Netflix