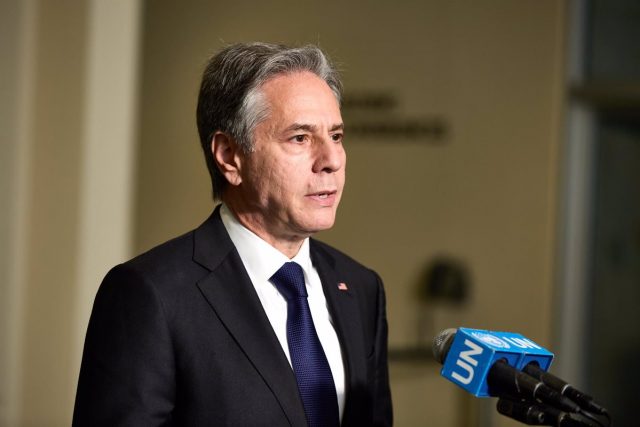 U.S. Secretary of State Antony Blinken said Friday that “positive signs” are coming from Ukraine’s counteroffensive in the Kherson and Kharkov areas and called for unity among NATO allies to ensure long-term support for Kiev.

“It is vital that we remain united, united in support of Ukraine, united among allies and united for as long as it takes,” Blinken said at a press conference with NATO Secretary General Jens Stoltenberg after their meeting at the alliance’s headquarters in Brussels.

The U.S. diplomacy chief has said that “positive signs” are coming from the ongoing offensive by Ukrainian forces in the south and east. “Ukraine has absorbed the blow and is responding, supported by partners and allies. The main factor is that they are fighting for their own country and many Russian forces don’t even know why they are there,” he said, before stressing that this is a determining factor.

Read:  No' to Chile's new constitution leads 'Yes' by 10 points in latest poll

Although he has acknowledged that Ukraine bears a high cost with the war, he has insisted on the low morale of Russian troops. “When you don’t know why you fight, it is not sustainable,” he has declared.

In the same vein, Stoltenberg has pointed out that the unprecedented help of the allies are bearing fruit in Ukraine, but all in all, he has called to be prepared for a long war. “Wars are unpredictable and Russia many military capabilities and they are ready to use them to attack an independent nation,” he has argued.

That is why he has placed particular emphasis on the allies to redouble the supply of ammunition, weapons and winter clothing in the face of the military campaign that is expected this winter.

On this point, he has exposed that, in the face of the doubts of some allies who are seeing their stocks of weapons and ammunition at a minimum, NATO members have to make an effort to replenish their arsenals.

Read:  Large fires near Bordeaux force the evacuation of more than 14,000 people

“We are grateful for the unprecedented support, but we ask for even more support and to urgently replenish the stockpiles to provide the supplies Ukraine needs now,” the NATO chief concluded.

According to Stoltenberg, the war in Ukraine highlights the need to produce more military hardware, so he said he is in contact with the defense industry and allies to adapt current plans and ensure that “production is raised and stocks are replenished.” “This is not just about supporting Ukraine but about ensuring that we have the capabilities and means for our defense,” the former Norwegian prime minister insisted.