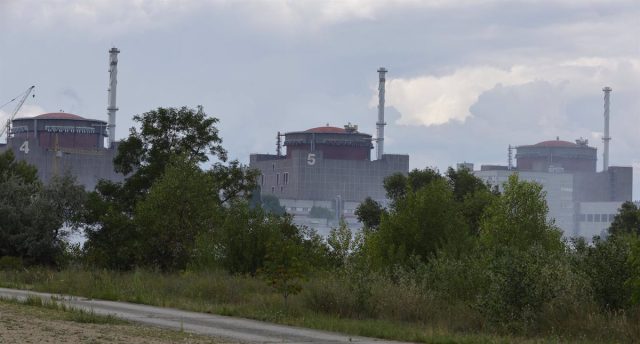 Russia on Friday blocked the final joint statement on the review of the Treaty on the Non-Proliferation of Nuclear Weapons (NPT) at the conference that ended Friday in New York after four weeks of negotiations.

That statement has failed to find consensus because of various objections by Russia related to the war in Ukraine and the conflict around the Zaporiyia power plant.

“To my deep regret, this conference has not been able to reach a consensus,” the chairman of the meeting, Gustavo Zlauvinen, has expressed after the end of the meeting, the purpose of which was to set binding deadlines for the dismantling of nuclear weapons.

The Russian representative, Deputy Head of the Russian Foreign Ministry’s Department of Non-Proliferation and Arms Control Igor Vishnevetski, has indicated at the closing plenary meeting of the 10th conference–held in New York August 1-26, 2022–on the NPT review that he disagreed with five sections of the final draft.

In this regard, the Russian representative has indicated that the main problem is that the distance between the parties has not been overcome, so that “consensus is unreasonable.” Thus, he criticized that different delegations have come to the meetings of the agreement to present their priorities, referring to Ukraine; while Moscow’s requests have not been considered.

Vishnevetski has lamented that states presenting positions at odds with Russia have shown little willingness to reach an agreement, despite the fact that all members have a common goal — “a world free of nuclear weapons” –. In his opinion, it is a matter of ideological and conceptual differences on how, when and by what means to achieve the same end.

Following the Russian statement, delegates from dozens of countries have come out in favor of the agreement. For its part, France – on behalf of several countries, including members of the European Union – reiterated its support for Kiev and condemned Putin’s invasion.

The treaty, which entered into force in 1970, has so far been ratified by 191 countries around the world. Its aim is nuclear disarmament.

However, critics complain that the five official nuclear powers – the United States, China, Britain, France and Russia – are subject to different rules than non-nuclear-weapon signatories. India, Pakistan, Israel and North Korea also possess nuclear weapons, according to the Federation of American Scientists (FAS), but are not signatories to the treaty.

UN Secretary-General António Guterres has stressed the need for dialogue to reduce the nuclear threat after countries were unable to reach consensus at the conference.

“The tense international environment and the increased risk of nuclear weapons being used, by accident or miscalculation , call for urgent and decisive action. The Secretary-General calls on all States to use all avenues of dialogue, diplomacy and negotiation to ease tensions, reduce nuclear risk and eliminate the nuclear threat once and for all,” explained his spokesman, Stephane Dujarric.

“A world free of nuclear weapons remains the top disarmament priority of the United Nations and a goal to which the Secretary-General remains firmly committed,” he added.

“The final draft, of course, was not a perfect document. We all knew that. But the vast majority of States parties felt that it will continue to be of interest to the international community,” he has indicated.

Nakamitsu has particularly emphasized that while this was the second time in a row that the Conference ended without a consensus outcome, the NPT will not collapse or suffer immediate damage.

“However, I think we need to make sure that we reverse this trend of confidence in this NPT regime that continues to fall. We need to reverse the frustration,” he has called for.