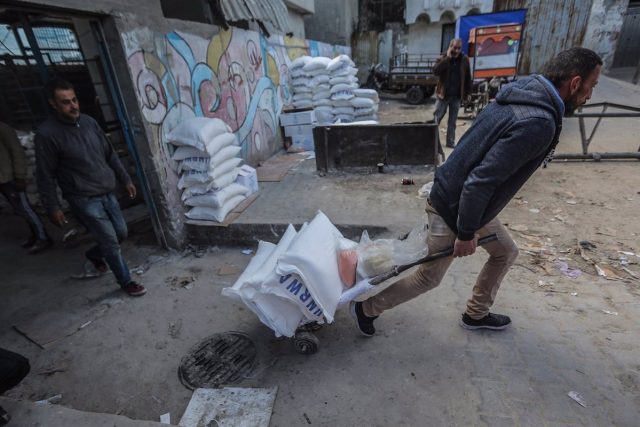 The commissioner general of the United Nations agency for Palestinian refugees (UNWRA), Philippe Lazzarini, has warned that five million people he cares for in the Palestinian territories, Jordan, Syria and Lebanon are in danger of being left without care due to the threat of “financial implosion” that the agency has been facing for a decade due to lack of funds until it becomes an “unsustainable” situation.

“Every year, and especially in the last decade”, Lazzarini declared in a message dedicated to refugees, “you have heard that UNRWA has cash problems and is close to financial implosion, only to end up surviving by a miracle”, the commissioner lamented.

“It has become a custom that people who have held this position end up asking for help if we want the services we provide to continue,” he added.

The commissioner has described a “painful reality” in which the resources available to UNRWA have stagnated, while the needs of Palestine refugees and the cost of operations continue to rise.

Lazzarini has not beaten around the bush and assured that the problem of the lack of funding for UNRWA is now “chronic”, the result of a combination of changes in geopolitical priorities, new regional dynamics and the appearance of new humanitarian crises aggravated by donor fatigue over one of the world’s longest unresolved conflicts, the Israeli-Palestinian conflict.

“Furthermore, UNRWA has also been increasingly exposed to domestic politics in some of its traditional donor wielding countries. Coordinated campaigns that aim to delegitimize and defund the Agency and erode the rights of Palestine refugees have increased in frequency and aggressiveness”, he added.

It must be remembered, for example, that the United States Government canceled all the funds it allocated to the agency in 2018 after reducing the funding items months before, considering that the agency was simply a political instrument with no real capacity for assistance, and manipulated by interests unrelated to peace efforts.

Read:  The EU accuses Russia of committing a war crime by attacking the Kramatorsk train station

Lazzarini has emphasized that UNRWA has so far managed to manage this chronic underfunding through continued cost control and austerity measures, to the point of exhaustion.

“But this is not sustainable,” he explained in his message, collected by the official Palestinian news agency WAFA. “One of two things: either we hope with our fingers crossed that the financial implosion does not happen, or we admit that this situation cannot last and will inevitably lead to the erosion of the quality of UNRWA’s services or, worse still, its interruption”.

“You have to receive basic services such as health, education and social protection through a social safety net. You also have the right to decent housing and a collective narrative and memory and your individual records,” he reminded the Palestinians before admitting that, still in 2022, “they have not been offered a solution and, unfortunately, none seems to be on the horizon”.