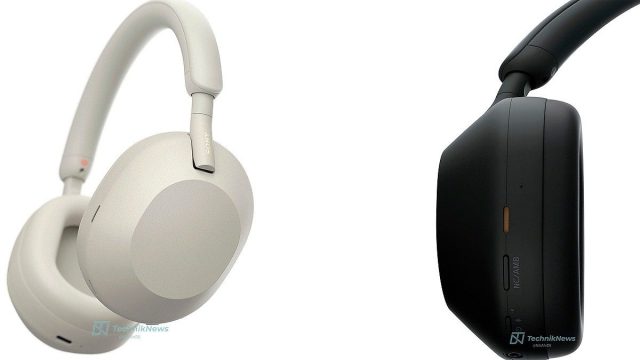 Sony will continue the series of fifth-generation wireless over-ear headphones WH-1000, WH-1000XM5, which are apparently about to be announced. This model will be launched with a changed design compared to the last few generations that have brought changes rather in the interior, in terms of hardware, but also in terms of software. These headphones will most likely be in direct competition with models such as the Bose 700 or Apple AirPods Max, at similar prices.

Sony WH-1000XM5 headphones will be launched with a new design

According to the first information about Sony WH-1000XM5, published by Technik News, the new headphones will benefit from a different design, with a narrower band at the top and a different joint in the cup area. From the available images, it seems that they will not retain the ability to fold, but the cups seem to turn 90 degrees horizontally. Inside, however, Sony’s new headphones will benefit from an improved battery, or improved efficiency, as there is talk of a 40-hour battery life on a single charge. This involves listening with the ANC on, so they will probably last longer with the noise canceling function turned off. In fact, this value is 33% higher than the previous generation, which offered 30 hours of listening with the ANC on. However, the charge could be quite long, about 3.5 hours from 0 to 100%.

The WH-1000XM5 headphones will benefit from Bluetooth 5.2 for wireless connectivity to devices, as well as a headphone jack for wired listening. The on / off button is now slider, and the cups will keep the touchpads on the outside for quick volume control or to activate certain functions.

Read:  The new Snapdragon 8 Gen 1+ processor could be released in a few days Sony will ship the headphones in two colors, a “classic” black and a “cream”, and a carrying case seems to be included in the standard package.