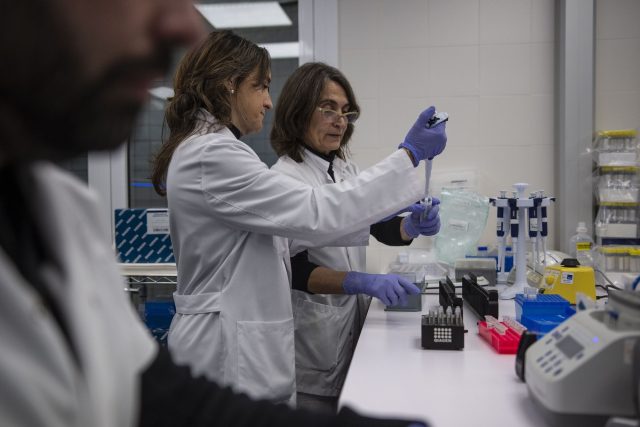 The investigation against cancer has taken two giant steps in the last ten years: one related to the immunotherapytreatments that stimulate the body’s natural defenses against disease, and the other has to do with biomarkersthose substances or processes that indicate whether there are molecules secreted by a tumor or in response to it.

To detect these biomarkers, the traditional biopsies but in recent times a much less invasive technique is making its way, without side effects and that allows obtaining more extensive information about whether there are malignant cells in other parts of the body, which consists of making a biopsy of a blood sample or a bodily fluid.

The calls liquid biopsies are like a conventional analysis but in search of Carcinogenic cells or products thereof such as certain circulating proteins or DNA fragments, since tumors continuously release cells or molecules into the bloodstream.

“Among the advantages of this technique we find that it is a minimally invasive, without the complications that conventional biopsies usually entail. In addition, it allows to follow the evolution of the treatment of the patients in real time, as well as to plan a more personalized treatment both before and during it”, explains Dr. Luis Paz-Ares, president of the Spanish Association for Cancer Research (Aseica), an organization that together with the Spanish Society of Medical Oncology (SEOM) have released a video about what is liquid biopsy, on the occasion of World Innovation Day, which is commemorated on April 21.

Paz-Ares indicates that currently this technique is used in patients with tumors “where the determination of biomarkers helps guide treatment”. “The most paradigmatic example is the lung. Today we distinguish 10 or 12 subtypes of lung tumors based on their molecular alterations and each one has a different treatment. And there are more and more types of cancer that benefit from molecular diagnosis, such as colon cancer, melanoma, digestive cancer, etc.”

Likewise, the liquid biopsy is especially “indicated for those patients in whom a molecular analysis is required and not enough tumor to carry out a tissue biopsy”, points out the president of SEOM, Enriqueta Felip. Despite this, this revolutionary technique is not included among those financed by the National Health System, so to carry it out, hospitals usually resort to research funds or other items. According to a recent survey, 60% of Spanish oncologists have access, but the presidents of both organizations demand that liquid biopsy be included in the portfolio of services, so that they can be used “in all indications in which robust data is available of its effectiveness”.

Read:  They are looking for people in Melilla who may have had contact with a dog with rabies

In addition to clinical practice, research is oriented towards the search for new uses. Numerous studies have already shown the predictive value of this type of biopsies in the face of a possible relapse and it is about finding out if the technique can play a relevant role in the early diagnostic of cancer. To do this, the technology has to increase its sensitivity, false positives have to be reduced and determine how often it can be done or which technique or protocol is the most appropriate.

But the specialists are optimists. Biopsies are more sensitive than CT or PET [técnicas de diagnóstico a través de imágenes]. Perhaps in the future it will replace mammograms, colonoscopies or CT scans and to determine the existence or extent of a tumor, because not all tumors have early diagnosis methods and not all methods are as useful as we would like,” Dr. Paz-Ares reflects.

“We probably have to integrate it with other techniques such as radiology or artificial intelligence to find out which people are most at risk of cancer, but it seems that it will be essential in the future in early diagnosis”, stresses the president of SEOM.

Monkeypox in Spain: Health issues an alert after detecting eight cases in Madrid