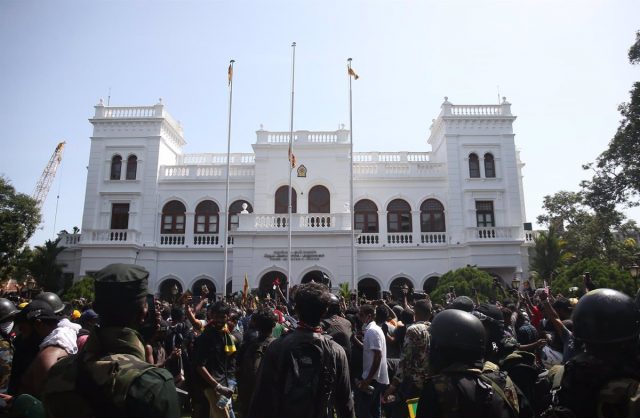 The UN Resident Coordinator in Sri Lanka, Hanaa Singer Hamdy, has urged “all stakeholders” in the country to ensure a peaceful transition of power “in full respect” of the Constitution.

“United Nations Sri Lanka urges all stakeholders to ensure a peaceful transition of power with full respect for the Constitution. It is important that the root causes of the current instability and grievances of the population are addressed,” Singer Hamdy said in a statement.

The UN has maintained that it is “imperative” that the transition of power be accompanied by a “broad and inclusive consultation” within and outside Parliament, and in which the root causes of the country’s ongoing instability are addressed.

“Dialogue with all stakeholders is the best way to address the concerns and fulfill the aspirations of all Sri Lankans,” the UN brief has continued.

Read:  Ukraine puts the number of Russian servicemen killed since the beginning of the invasion at more than 58,000

On the other hand, the agency has called on the Sri Lankan authorities to ensure that law and order is maintained, while stressing the importance of the security forces doing so with restraint and acting in “strict compliance with human rights principles and standards.”

“The United Nations stands ready to provide support to the Government and people of Sri Lanka to address both immediate and long-term needs,” the UN resident coordinator in the Asian country has detailed.

This statement comes after the country’s Parliament has confirmed the resignation of the country’s president, Gotabaya Rajapaksa, who has given in after several months of protests over rising prices, lack of food, medicine and fuel, which has put the small Asian island in front of its worst economic crisis since it gained independence from the British colonial yoke.

Read:  At least four arrested in Turkey for insulting the Erdogan couple after getting coronavirus

In his place, Sri Lankan Prime Minister Ranil Wickremesinghe was sworn in Friday as acting president. During his inauguration, Wickremesinghe has assured over the past few days that he will step down once an inclusive government is formed after Rajapaksa’s resignation.

The popular revolution in Sri Lanka has thus forced the final downfall of the Rajapaksa family, after Gotabaya forced his brother Mahinda to step down as prime minister in early May in a superfluous attempt to quell the protests.