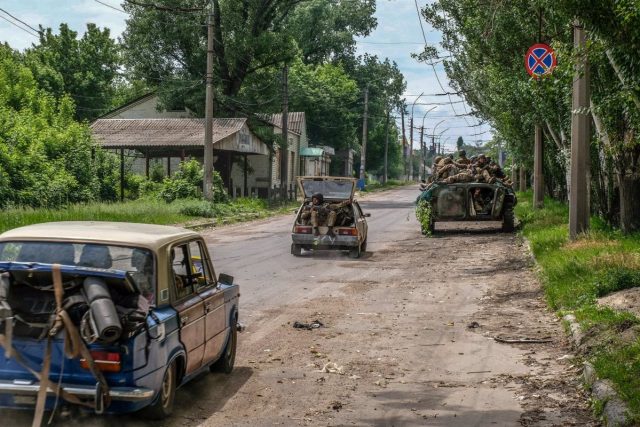 The Armed Forces of Ukraine have put on Wednesday at more than 40,000 the Russian military dead since the beginning of the invasion, unleashed on February 24 by order of the president of Russia, Vladimir Putin, without Moscow has provided for now a balance of casualties.

The Ukrainian Army General Staff has said through its account on the social network Facebook that “about 40,070” Russian servicemen have died so far, including 200 during the last day, before underlining that 1,738 battle tanks, 883 artillery systems and 258 self-propelled and armored multiple rocket launchers have been destroyed since the beginning of the invasion.

Read:  US offers rewards of about 15 million euros for information leading to the arrest of Conti members

He has also stressed that 222 aircraft, 190 helicopters, 117 air defense systems, 2,847 vehicles and fuel tanks, 15 ships and 726 drones have also been destroyed, while 174 cruise missiles have been shot down.

“The Russian enemy suffered the heaviest losses over the past day in the direction of Krivyi Rih,” he noted, before stressing that “the data is being updated.” “Beat the occupier. Let’s win together. Our strength is in the truth,” he added.

Separately, Ukrainian Army General Staff spokesman Oleksander Shtupun has denounced attacks by Russian forces in the Chernigov and Sumy regions and noted that Russian forces are “trying to improve logistical support for their units” in the Kharkov region.

Read:  Zelensky reiterates his request for heavy weapons from Western countries after three months of Russian invasion of Ukraine

In this line, he stressed that Russian troops launched an offensive against the locality of Verkhnokamianske, in the vicinity of Kramatorsk, although he noted that “it was not successful” and that the assailants “retreated.” “In the direction of Bajmut, the enemy attacked with artillery civilian infrastructure, namely in the districts of Bajmut, Bilohorivka, Yakovlivka, Soledar, Pokrovske and Niu York.”

“In waters of the Black Sea and the Sea of Azov, the enemy naval group continues to carry out reconnaissance and missile strikes against targets on Ukrainian territory, as well as blocking civilian ships in the northwestern part of the Black Sea,” Shtupun concluded.