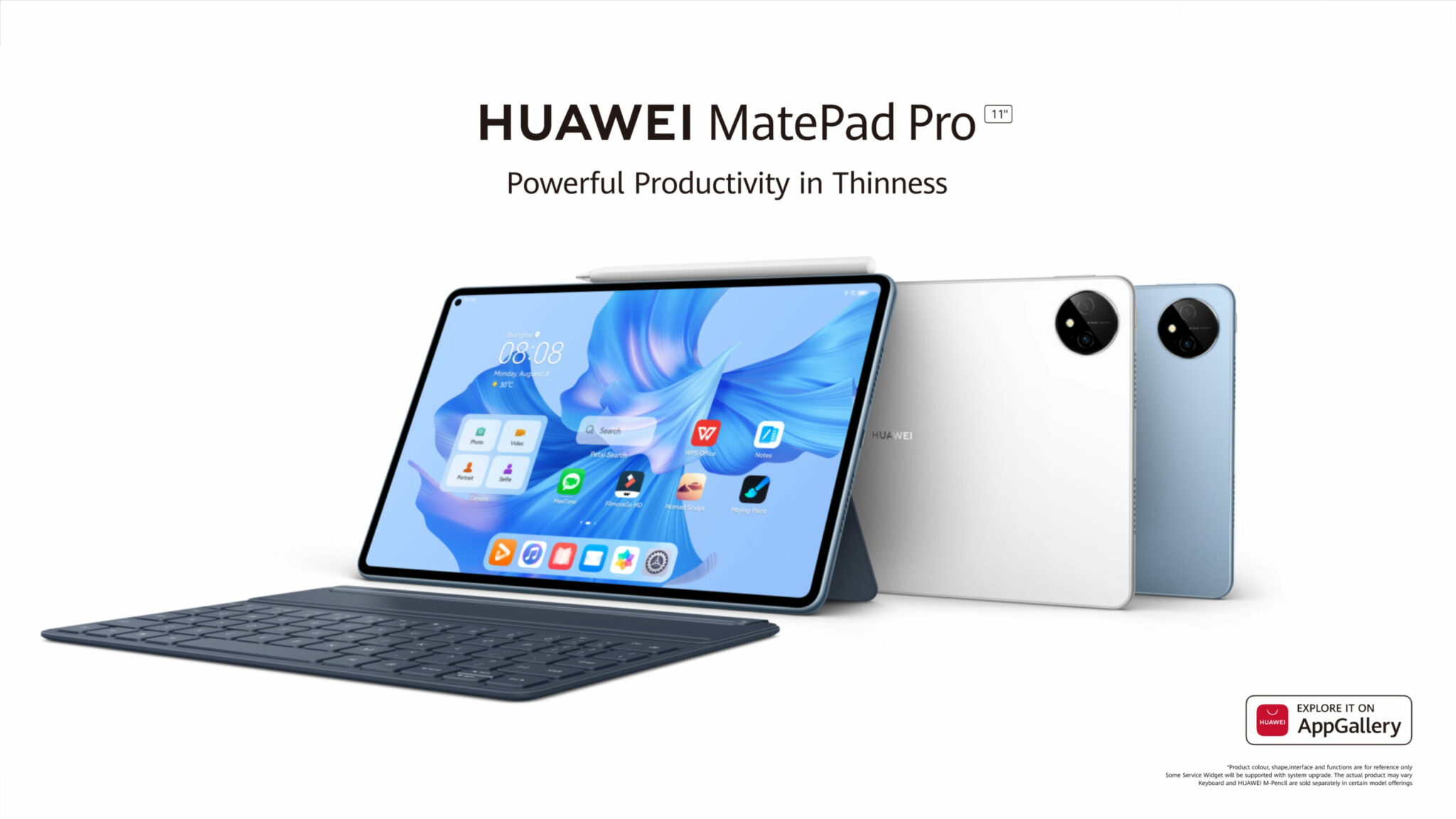 Huawei’s MatePad tablet range now has a new member in the form of the MatePad Pro 11, its most powerful model yet. It’s equipped with top-of-the-line hardware similar to that of the flagship P50 Pro on smartphones, comes with an 11″ screen and a design focused on size and light weight. Huawei has managed with this model to integrate a top-notch processor and a battery that promises over 10 hours of use in a 5.9mm body.

The Huawei MatePad 11 Pro is one of the few tablets on the market that actually lives up to the expectations the name sets. Apart from Apple and Samsung, only Huawei still makes tablets with high-end processors, and the MatePad 11 Pro will ship in two variants: with the Snapdragon 888 chipset or the Snapdragon 870. The 11-inch screen is OLED and displays a resolution of 2,560 x 1,600 pixels, with 10-bit color and 120 Hz refresh rate. Huawei boasts factory calibrated colours (deltaE

The hardware configuration is complemented by options with 8 or 12 GB RAM and 128, 256 or 512 GB internal storage. However, the 512 GB version will be exclusive to China, with only the basic and mid-range variants to be released in Europe. Of course, the versions with network connectivity only allow 4G, but all tablets come with Wi-Fi 6, Bluetooth 5.2 and USB-C at 3.1 Gen 1 speeds. The MatePad 11 Pro also integrates six speakers for the loudest sound possible: four-e woofers and two-e tweeters.

The 11.5 hours of video playback is provided by an 8,300 mAh battery, but charging will differ depending on the integrated processor. The Snapdragon 888 variant will offer charging up to 66W, but a 40W socket adapter will be integrated in the box. The SD870 model will allow charging at up to 40W, but comes with a 22.5W socket adapter.

The price will match the specifications

There are also two cameras on the back, a 13-megapixel main one and an ultra-wide 8-megapixel. These aren’t among the best performing, but will be enough for video calls and document scanning. On the front there’s a 16-megapixel camera, the higher resolution is needed to provide better quality in video conferencing.

Read:  You can now make video calls directly from your Apple Watch. VIDEO

The tablet will ship with HarmonyOS 3.0, which offers a new and improved interface for multitasking, making switching between apps and resizing windows a breeze. It will also be possible to position widgets in the tablet menu and group them into interactive stacks.

Huawei also announced some new accessories, such as a keyboard with a cover that attaches magnetically to the tablet and allows tilting between 120 and 165 degrees, 1.5mm stroke keys. The case also works as a Wi-Fi booster, according to Huawei. Of course, the tablet will be M-Pencil compatible, and the keyboard also has a dedicated slot for storing it.

The Huawei MatePad 11 Pro will hit stores in the very near future. The base model will come at a price of 3,300 yuan, equivalent to 480 euros, while the top model, along with the keyboard and M-Pencil will go for 7,700 yuan in China, or over 1,100 euros.