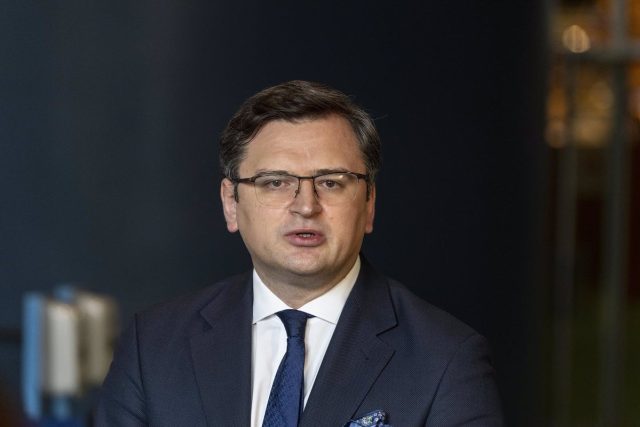 Ukraine’s Foreign Minister, Dimitro Kuleba, has denied Russian President Vladimir Putin, who this Friday had perceived “progress” in the peace negotiations between the two countries, and instead assured that the talks have not yielded any results. Until now.

“I find it difficult to understand what kind of progress President Putin is referring to because the talks have made zero progress,” Kuleba said in an interview with Bloomberg.

Read:  China assures that it will "strengthen" its "coordination" with Russia regardless of "the international situation"

The Foreign Minister, however, has reiterated that his country is willing to discuss Russia’s proposal to make a declaration of neutrality, that is, to promise that it will not join NATO and instead bet on its entry into organizations regional security.

“If we can’t be NATO members, we can build something like NATO around us, countries that can provide security guarantees to Ukraine,” he said.

Kuleba and his Russian counterpart, Sergei Lavrov, ended their meeting in the Turkish city of Antalya on Thursday without an agreement, the first they had since the beginning of the invasion of Ukraine. The minister stated that the contacts were settled without a ceasefire agreement, although he was willing to “continue negotiations”, as reported by the Ukrainian news agency UNIAN.

“Ukraine has proposed a humanitarian corridor to and from Mariupol and a ceasefire of at least one day to solve the humanitarian problems of civilians. The Russian side has not agreed. I am ready to continue negotiations,” he said.