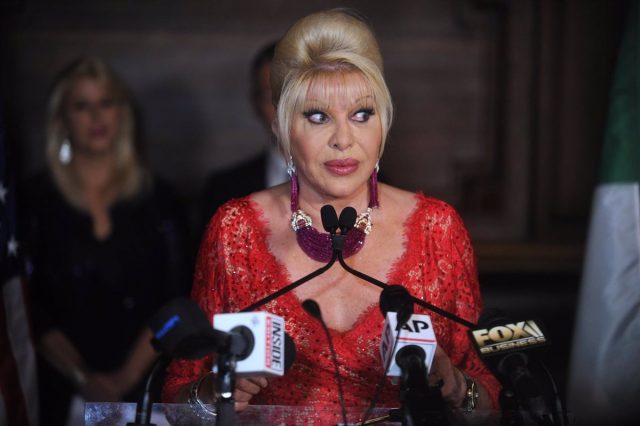 Former Czechoslovakian model and businesswoman Ivana Trump died when she accidentally fell down the stairs of her home in New York, according to the forensic analysis shared Friday by the New York Police.

Trump, 73, died in an accident due to “blunt” injuries to her torso after the impact of falling down the spiral stairs of her home, where the NYPD later found her dead, according to NBC.

The medical examiner’s office in charge of the investigation has detailed to the U.S. newspaper ‘The Hill’ that it will not comment on the case beyond revealing the cause and manner of death.

The New York Police Department had said on Thursday that “there did not appear to be any crime” related to his death. Also, according to a statement, police received a call alerting them that an individual had suffered cardiac arrest at the time and location at which Trump appeared to have died, according to CNN.

“I am very sad to inform all who loved her, of which there are many, that Ivana Trump passed away at her home in New York City. She was a wonderful, beautiful and incredible woman who had a great and inspiring life,” posted former U.S. President and Ivana Trump’s ex, Donald Trump.

Eric Trump, one of her three children — along with Donald Trump Jr. and Ivanka — also posted a message with photos on Instagram in which they assured that their mother was “an incredible woman” and a “survivor.” “She fled communism and embraced this country,” she said.

Read:  Macron warns of "end of abundance" in the face of Europe's energy and climate crisis

The former model, who was born in Czechoslovakia, married then-businessman Donald Trump in 1977 and held key positions in his company, the Trump Organization, during a marriage that lasted 15 years, as picked up by NBC News.

While the couple’s contentious divorce unfolded in the 1990s in the New York tabloids, the Trumps described their relationship as amicable in recent years, US newspaper ‘The Hill’ has picked up.