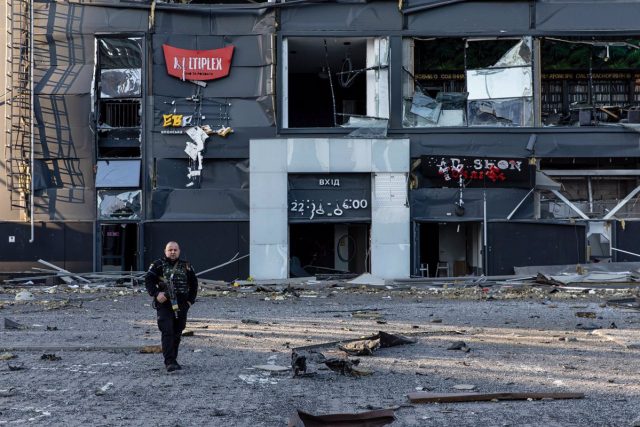 Authorities in Kherson, southern Ukraine, have warned “activists” and “journalists” operating in the region that they should “worry even more about their safety” as Russian “invaders” have put a “price” on their “heads”.

First Deputy Chairman of the Kherson Regional Council Yuri Sobolevsky has denounced that the “fake central committee” of Kherson has asked residents of the region to “sell” information about “Ukrainian patriots” who remain on occupied territory.

“They promise a significant monetary reward for each head,” he has warned in a message posted on his Facebook profile. Sobolevski has explained that the new Russian authorities in the region are looking for information about those who manage portals, pages and Internet accounts against the war launched by Russia.

Likewise, he has also asked “people who paste propaganda leaflets, discredit or damage official campaigns and advertising” of the “invading” troops to remain vigilant, as well as those who run “apartments, houses, or other buildings and premises” that are used as a base of operations.

He has also asked Ukrainian officials, agents of the security services, military, and even militias and irregular armed groups fighting in defense of Kiev’s interests in this war to pay special attention to these maneuvers of Russian agents present in the region.

The city of Kherson was one of the first to be occupied by Russian forces when the president, Vladimir Putin, announced the entry into Ukraine last February 24.

The region, mostly Russian-speaking and bordering the also occupied Crimean peninsula, is of vital strategic importance for Moscow, which seeks to form a secure corridor linking the Donbas with the south of the country and at the same time close Ukraine’s exit to the sea.