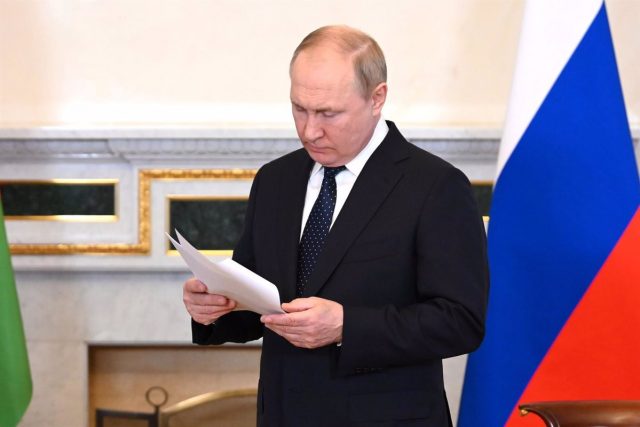 Russian President Vladimir Putin will pay an official visit to Iran next week during which he will meet with his Iranian and Turkish counterparts, Ebrahim Raisi and Recep Tayyip Erdogan, respectively, the Kremlin confirmed Tuesday.

“Yes, we can confirm it,” Russian presidential spokesman Dmitry Peskov said. “Preparations are underway for the president’s trip to Tehran. There will be a meeting of the heads of state guarantors of the Astana process (on Syria),” he said, as reported by the Russian news agency TASS.

Thus, he has detailed that “in addition to the trilateral meeting, there will be bilateral meetings.” “Yesterday we reported an upcoming high-level meeting between Putin and Erdogan, and that meeting will also take place there,” Peskov concluded.

The Russian leader made a trip to Tajikistan at the end of June, the first abroad since the beginning of the invasion of Ukraine, unleashed on February 24, days after Putin himself recognized the independence of the self-proclaimed republics of Donetsk and Lugansk (east).

Earlier on Monday, U.S. National Security Advisor Jake Sullivan accused Tehran of preparing to provide Russia with hundreds of drones to help Moscow in the conflict with Ukraine.

Read:  Israel and Turkey resume full diplomatic relations with the appointment of ambassadors