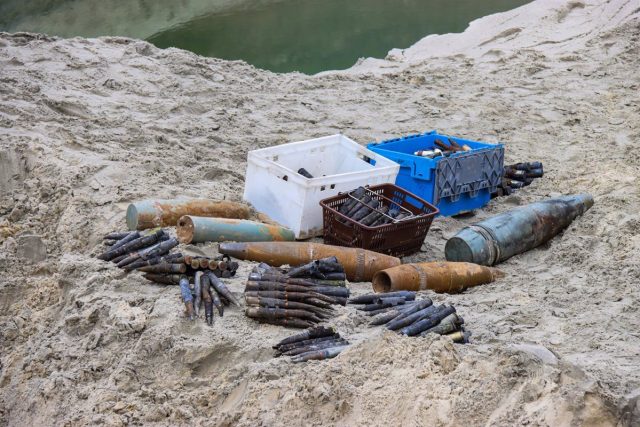 The Ukrainian authorities have recognized that nearly 300,000 square kilometers of the country – a little less than half of the national territory – will have to be demined after the war.

“The war in Ukraine is not over yet, but we already have around 300,000 square kilometers to demine,” Deputy Interior Minister Mari Hakobian reported, according to the Ukrinform agency.

In this sense, from the Ukraine Emergency Service (SES) the information has been deepened and it has been pointed out that of the total territory to be demined, some 19,000 square kilometers belong to rivers or reservoirs, as well as the waters of the Black Sea and Azov.

In this line, the Ukrainian official has detailed that the Government is outlining the demining strategy, which could last between five and seven years. Thus, she confirmed that Ukraine has the cooperation of international partners for this purpose.

Hakobian has made reference to the Department of Humanitarian Demining, whose main objectives range from planning and coordination, to the mine removal work itself, as well as the launch of investigations into incidents with these explosives.

For his part, the deputy director of the Presidential Office, Igor Zhovkva, has given his approval to the proposal of the Ministry of the Interior to promote this Department, since he considers that it would be difficult for Ukraine to face demining tasks without the help of international partners. .

Read:  HRW denounces that the civilian population of Chernigov does not have access to basic services

Similarly, the ‘number two’ of the SES, Dmitro Bondar, has assured that, according to data from the United Nations, what happened in Ukraine represents the largest deployment of mines since the Second World War.

“On average, about 5,000 explosive devices are removed and neutralized by our pyrotechnics services every day,” the official has detailed.