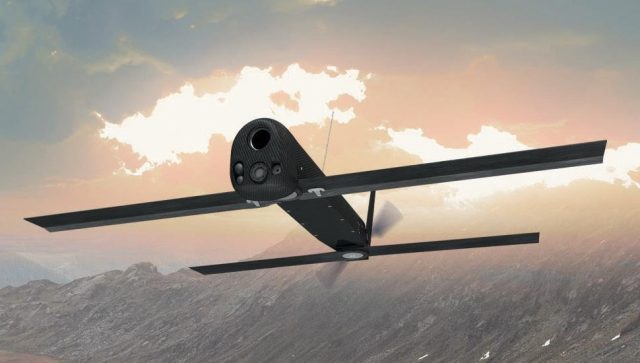 Ukraine has so far successfully defended itself against Russia, but lacks sophisticated weapons to use against Russia’s military ships and high-altitude aircraft.

Although they have ravaged helicopters and ground attack aircraft such as the Su-25, MANPADS systems received by Ukrainians in the West, such as the Stinger, cannot hit planes thousands of meters above sea level.

Kiev cannot attack Russian sea-going vessels, which threaten Odessa and other coastal cities, due to a lack of anti-ship missiles.

Although it already has high-performance drones, already the famous Bayraktar TB-2, Ukraine can no longer use them as successfully as at the beginning of the conflict because the Russians have finally managed to install their air defense systems. Under these conditions, Ukraine wants Switchblade “kamikaze” drones, according to NBC News.

Read:  Sustainable batteries can be made from something found "on your table"

Drone that can be carried in a backpack

Manufactured by AeroVironment, these drones are disposable and used only by the United States. Air vehicles are launched and then crashed into ground targets. The smaller models are small enough to be carried in a backpack, making it extremely difficult to shoot down with conventional air defenses.

There are two variants of the drone, Switchblade 300 (weight 2.5 kg) and Switchblade 600 (23 kg). The first is used against infantry, and the second against vehicles (tanks, self-propelled howitzers, rocket launchers, etc.).

Drones are cheap and extremely effective, and the effect on opponents’ morale can be devastating. The 300 variant costs only $ 6,000. A small price to pay for the destruction of a military vehicle worth several million dollars.

Both models can be ready for launch in minutes. These are, in fact, intelligent robotic bombs, equipped with cameras and sensors. Another advantage is that they can be programmed to operate autonomously.

The Switchblade 600 has a range of 90 kilometers, and the Model 300 can fly a maximum distance of 10 kilometers.

Why the issue of the MiG-29s refused to Ukraine is a false one. The aircraft wouldn’t have helped much