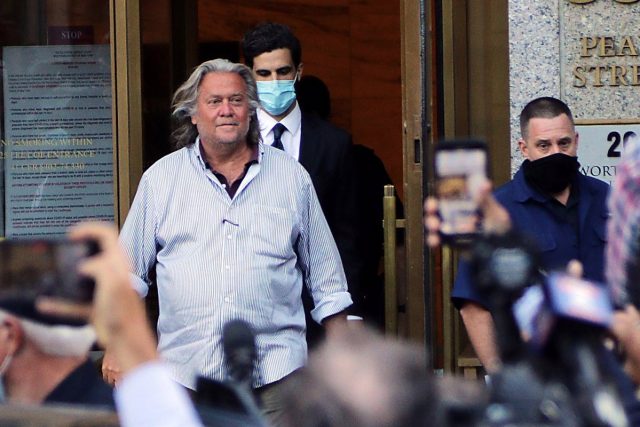 The U.S. Department of Justice has requested six months in prison against Steve Bannon, former ideological and strategic advisor to former U.S. President Donald Trump, for “sustained” and “bad faith” contempt in the framework of the process opened in the select committee of the House of Representatives investigating the assault on the Capitol.

“As of today, the defendant has not submitted a single document to the committee or appeared to testify,” prosecutors have specified in a 24-page brief filed in the District Court of the District of Columbia, adding that, in addition to the six months in prison, a fine of $ 200,000 (203,760 euros) is also requested.

In this regard, they have explained that Bannon has “flouted the authority of the committee and ignored subpoena demands.” “By flouting its authority, the defendant exacerbated that assault,” they have added, as picked up by the US network CNN.

Read:  Nigeria fines four broadcasters for two documentaries on the activities of criminal groups in the country

Likewise, prosecutors have also expressed “that his contempt was not aimed at protecting executive privilege or the Constitution, but at undermining the committee’s efforts to investigate a historic attack” on the U.S. government.

A U.S. federal grand jury returned two contempt indictments against Bannon in November 2021 for refusing to cooperate with the congressional committee investigating the Jan. 6 assault on Capitol Hill.

Bannon, who helped run Trump’s 2016 campaign and was his chief political strategist until he left the White House in 2017, was charged with two contempt charges, one for failing to appear to testify and another for failing to produce a series of documents that were requested of him.

Although Bannon was no longer working for the White House in the period under investigation, the House committee maintains that he had a conversation with Trump in the moments before the assault on the Capitol, being also present in the room of the Willard hotel in Washington, where several associates of the tycoon met, while the incidents were taking place.

The defeat of former President Trump at the polls and his constant complaints of voting irregularities, never accepted by the courts, were one of the triggers of the insurrection of January 6, which resulted in several deaths.