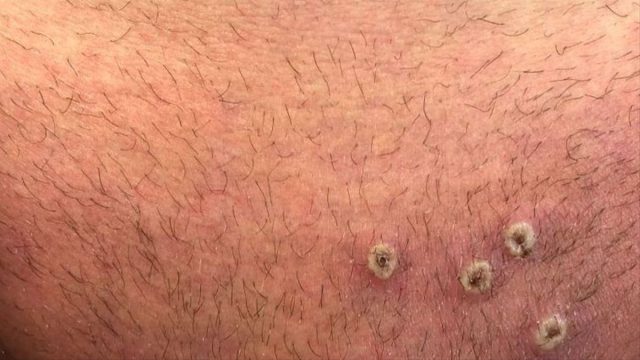 The symptoms of monkeypox are similar to that of the already eradicated smallpoxalthough somewhat milder – fever, headache, muscle pain, back pain, chills and exhaustion – and there is often swollen glands and a skin rash, which begins on the face and spreads to other parts of the body, mainly hands and feet.

This is the first case of monkeypox detected in the US this year. The states of Texas and Maryland each reported one case in 2021 with patients who had recently traveled to Nigeria.