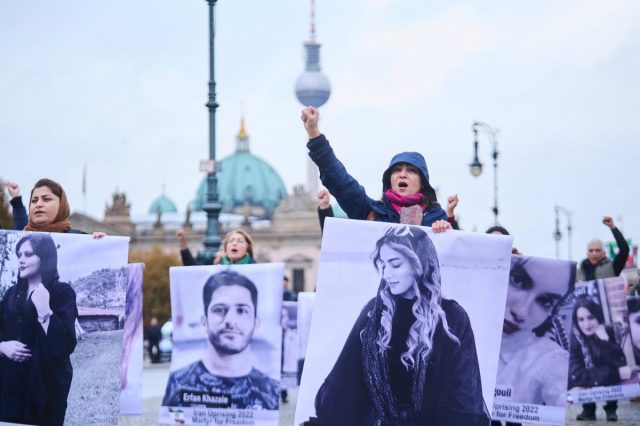 The European Union has adopted sanctions on Monday against 11 individuals and four entities responsible for Iran’s crackdown on demonstrations over the death in police custody of young Mahsa Amini, including the head of the Morality Police, Mohamed Rostami.

The foreign ministers of the bloc meeting in Luxembourg have approved the extension of existing sanctions for human rights violations in Iran in order to respond to the situation unleashed in the country after the death of the 22-year-old woman arrested for allegedly wearing the veil incorrectly, which has led to protests violently repressed by Tehran.

Apart from Rostami, included in the EU ‘blacklist’ is the head of the morality police division in Tehran, Hajahmad Mirzaei, both of whom were already sanctioned by the United States and Canada last week.

The sanctions extend to four entities of the Iranian security forces, including the Morality Police, and several of their local and regional heads for the “brutal” crackdown on the protests, and Iran’s own Minister of Information and Communications, Isa Zarepour, for his role in the government’s decision to “systematically violate the Iranian people’s freedom of opinion and expression by limiting access to the internet during the protests.”

All of these individuals will be banned from entering the EU and will see their assets frozen in the Union. With this step, the EU extends to 97 individuals and eight entities the sanctions for rights violations in Iran.

Ahead of the meeting, the ministers of the bloc have separated these measures from the ongoing negotiations to restore the Iranian nuclear deal, noting that Tehran’s violent response to the demonstrations needs a response.

German Foreign Minister Annalena Baerbock recalled that four packages have already been approved against the Iranian regime and advocated applying sanctions against those who “know nothing other than to use force against innocents.”