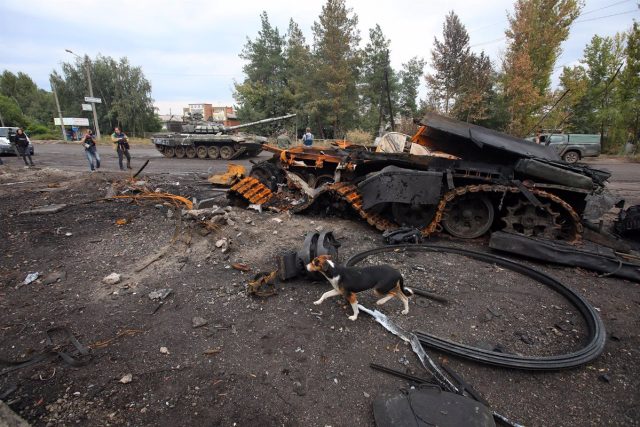 U.S. Secretary of State Antony Blinken on Friday described as “war crimes” the discovery of 440 bodies in mass graves in the recently liberated Ukrainian city of Izium.

“We have now seen reports of this mass grave (…) Every time we see the Russian tide receding from the parts of Ukraine it has occupied, we see what it leaves in its wake. And this latest discovery of apparently 440 mass graves in Izium is a reminder of that,” Blinken has expressed during a press conference, stressing that these acts would be considered as “war crimes”.

In this regard, the US Secretary of State has urged Ukrainians to “do everything possible” to regain “the land that Russia has taken from them”, while building evidence of “the atrocities that have been committed.”

Read:  Hungary complies with the system imposed by Russia for payment in rubles for oil and gas imports

“In many cases, these (atrocities) will amount to war crimes, which I think is the appropriate framework through which to look at this,” Blinken has stressed.

“I think that’s the way forward, and that’s happening. I’ve talked to people on the ground in Ukraine who are working on documenting the evidence and working on the cases of war crimes and atrocities that have been committed,” he added.

Last week, Ukrainian President Volodimir Zelenski received the head of U.S. diplomacy in Irpin, where Blinken observed the situation in the city following clashes between Russian and Ukrainian troops.

Read:  Cristina Fernández thanks the support of her militants and criticizes the actions of local authorities

As part of this trip, Blinken visited a children’s hospital in Kiev accompanied by the U.S. ambassador to the country, Bridget Brink, and met some of the children who remain in the medical facility receiving treatment for war injuries.

“We greatly admire the courage and spirit of your children. It sends a very strong message to the whole world,” the secretary of state said in one of the rooms, adding that “it is an honor” to have been able to chat with doctors and patients, according to CNN.