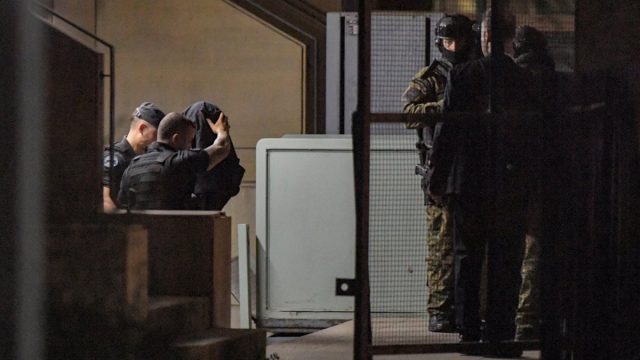 The leader of the group ‘Los Copitos’, Nicolás Carrizo, arrested since Wednesday for his involvement in the assassination attempt on Cristina Fernández, has assured this Friday that the incriminating messages detected in his cell phone were sent as “a joke” to a relative.

The accused has testified for three hours and has only answered questions from his lawyer, Gastón Marano. He is the fourth person arrested for the attempted assassination of Vice-President Cristina Fernández de Kirchner.

This was expressed during a court summons by Carrizo’s defense lawyer, Gastón Marano, who has requested the nullity of some messages arguing that they could not be used to found an accusation against his client, as reported by ‘La Nación’.

Carrizo’s phone had been found with messages in which he regretted how the assassination attempt had turned out, assured that the attack should have been carried out at another time and even wondered if the weapon used was the one he had supposedly given to the attacker.

However, the accused has denied having participated in the organization of the attack and has assured that he met three months ago Fernandez de Kirchner’s attacker, Sabag Montiel, and his partner, Brenda Uliarte, when they asked him for a job and Carrizo offered them to participate in the sale of cotton candy flakes in the squares, according to the newspaper.