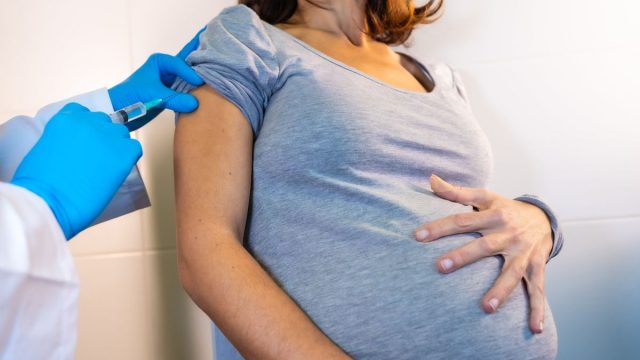 The people over 60 years of age or at risky conditions (among them, as a novelty, pregnant and people with diabetes and cardiovascular problems) will be able to make an appointment for vaccination against the flu and the fourth dose of covid-19, in Catalonia, as of October 10. They will be able to do so through La Meva Salut or by calling directly to their primary care center (CAP). The vaccination for this group will begin October 17, but from next Monday, October 10, it will be possible to make an appointment.

This year the groups called to be vaccinated against influenza and against covid-19 (the second booster or fourth dose) are very similar: persons at risk and persons over 60 years of age. The Conselleria de Salut has already started vaccinating geriatric residents. Next, it will immunize the over 80 years of age who do not live in nursing homes. (if they have not yet been called by the CAPs, they should call them) and the rest of the groups (among them, pregnant women and people with diabetes and cardiovascular problems) will be able to make an appointment from the 10th.

Salut calls all these collectives to get vaccinated because a loss of immunity has been observed from five months after the prick. “A loss of protection is observed in all vaccines from 5 months after vaccination, regardless of the initial schedule, suggesting the need for booster doses. Each dose loses antibodies at 5 months,” said the Secretary of Public Health at a press conference on Wednesday, Carmen Cabezas.

As explained by the head of the Preventive Medicine Service of the Agència de Salut Pública de Catalunya (Aspcat), Montse Martínez, Salut expects to achieve coverage of 75% in the elderly and, above all, from the age of 60 onwards, which is the group “in which there is the greatest burden of care”. Together with Cabezas, Martínez pointed out that this coverage is also expected to be achieved in healthcare and social-healthcare personnel. And to reach the 60% among pregnant women and people at risk.

In addition to pregnant women and people with diabetes or cardiovascular problems, among the. persons at risk there are also the elderly in residences, the chronically ill, the immunosuppressed and women with puerperium up to six months. Also persons who can transmit these diseases to high-risk persons. On the other hand, essential groups (except health and social-health groups) will only be vaccinated against influenza.

Catalonia has received two million doses of the vaccines of Commirnaty (Pfizer) and Spikevax (Modern). The former contains the original Wuhan strain and the omicron variant of BA.4 and BA.5. The latter is also bivalent. The vaccines are “tailored” to the omicron variant, which is the one circulating in 100% of covid infections that continue to take place in Catalonia, as highlighted by the Secretary of Public Health, Carmen Cabezas.

Catalonia, which began vaccinating against influenza and the fourth dose of covid in residences last September 26, has already put 99,904 doses of the first and 91,508 of the second. In total, Salut has purchased this year 1,604,000 doses for influenza, 35,000 more than last year. Between 2020 and 2022, due to the covid pandemic, hardly any influenza virus circulated, but this year the situation is expected to change. “The immune response of both vaccines [gripe y covid] is the same. They don’t interfere,” Cabezas said.

Between the week of September 26 and October 2, Catalonia has experienced a “slight increase” in the number of respiratory incidence of influenza, although “it continues at low circulation levels,” Cabezas said. However, the respiratory syncytial virus (RSV) continues in “marked upward trend” in all groups, especially in children under two years. There is also rhinovirus: 42% of the positive samples are for rhinovirus. Covid-19 represents 7.8% and influenza 7.5%.