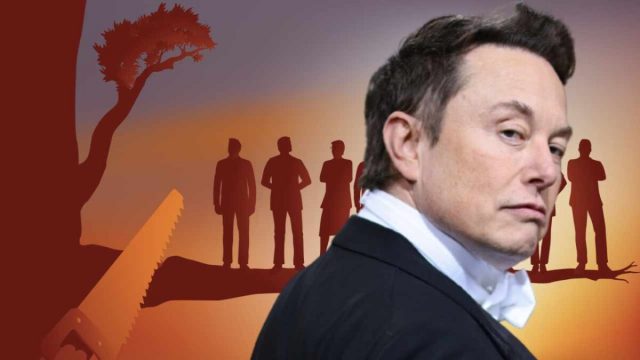 The billionaire explained that there was no choice as Twitter is losing more than $4 million a day. “Twitter has seen a massive drop in revenue due to activist groups pressuring advertisers, while nothing has changed with content moderation and we’ve done everything we can to appease activists“, he explained.

Twitter’s new boss Elon Musk has laid off about 50 percent of the social media company’s employees. The billionaire sent an email to all Twitter employees on Thursday night informing them that their jobs were ending.

“In an effort to put Twitter on a healthy path, we will go through the difficult process of reducing our global workforce on Friday“, the letter states. “This action is unfortunately necessary to ensure the success of the company in the future.“

To help ensure the safety of every employee as well as Twitter systems and customer data, our offices will be temporarily closed and all badge access will be suspended. If you are in an office or on your way to an office, please go home.

Musk explained in a tweet Friday that the downsizing was inevitable since Twitter is losing more than $4 million a day. However, he pointed out that everyone who was let go was offered three months of severance pay, noting that this is 50 percent more than the legally required amount.

Yoel Roth, Twitter’s head of security and integrity, revealed Friday that Musk has cut Twitter’s workforce by 50 percent companywide. “Yesterday’s headcount reduction affected about 15% of our Trust & Safety organization (as opposed to the roughly 50% cuts made across the company), with our frontline moderation staff being the least affected “, he tweeted. According to Twitter’s annual report, the company had more than 7,500 full-time employees as of December 31, 2021.

Excellent summary of Twitter’s Trust & Safety from the head of the team https://t.co/sJ1MBf9Mub

Musk also revealed in a tweet Friday that “Twitter has seen a massive drop in revenue.“Prior to its takeover, the social media company said it derived 90 percent of its revenue from advertisers. However, major companies have stopped advertising on the platform, allegedly due to concerns about how Musk will affect content moderation policies.

The billionaire claimed that “activist groups lobbying advertisers“led to falling revenues,”even though nothing changed with content moderation and we did everything we could to appease the activists“, he tweeted on Friday. “They are trying to destroy free speech in America“.

Twitter has had a massive drop in revenue, due to activist groups pressuring advertisers, even though nothing has changed with content moderation and we did everything we could to appease the activists.

In order to generate revenue for Twitter, Elon Musk has decided to charge users $8 a month to have a blue check mark next to their name.