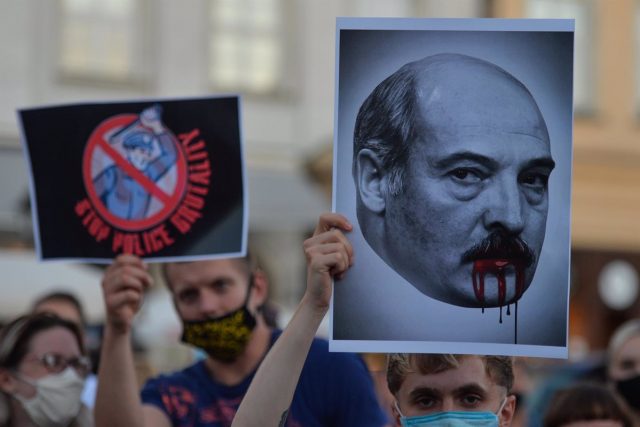 Belarusian oppositionist Dimitri Dashkevich, former leader of the Young Front movement, and his wife, Anastasia, have been sentenced Thursday to a year and a half in prison for their participation in the protests that followed the 2020 presidential elections, which gave victory to the president, Alexander Lukashenko.

“A Minsk district court has ruled against Anastasia and Dimitri Dashkevich. They were accused of participating in the 2020 protests,” Primavera, a human rights advocacy organization, has indicated.

Activists have denounced that Dashkevich has been sentenced to a year and a half in prison, while his wife, who gave birth to their fourth child a month ago, will have to spend three years under house arrest.

Both have been charged under Article 243 of the Belarusian Criminal Code for “violating public order” and participating in the “organization and preparation” of similar activities. The two took part in the August 23, 2020 protests in Minsk, the country’s capital.

Already in 2006, the oppositionist was sentenced to one and a half years in prison for carrying out activities “as part of an unregistered organization.” In 2011 he was sentenced to another two years for again violating the Criminal Code.