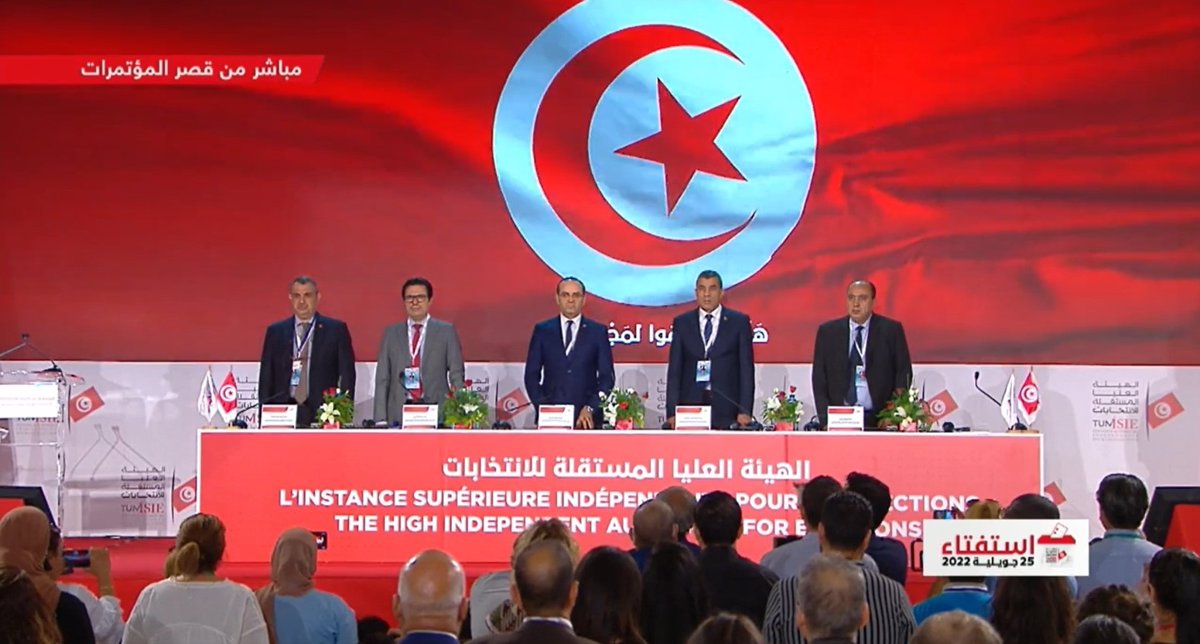 With 94.60 percent of the votes, the ‘Yes’ to the referendum on the text of the draft Tunisian Constitution has won over the ‘No’ in a vote marked by a low turnout (28.12 percent), according to the results announced Tuesday by the Independent Regional Authority for Elections (IRIE).

The head of the Independent High Authority for Elections, Faruk Buasker, has announced that the majority of the people who participated on July 25 in the referendum on the new Tunisian Constitution have voted in favor, as opposed to the 5.40 percent whose answer was negative, Mosaique FM has collected.

The vote on the new Constitution was marked by the boycott of the referendum by Tunisian parties and civil society organizations, who claimed that the constitutional text would grant “too many” powers to the head of state.

Moreover, during the afternoon of this Tuesday, they have qualified the provisional results published on Monday as a “falsification and manipulation of the figures”.

“By boycotting the referendum, the people refused to participate in the masquerade orchestrated by (President) Kais Saied, who has confiscated power for a year, and who has sought, in vain, a legality for a despotic constitution that enshrines absolute personal power,” he has said, adding that he is in doubt “the impartiality and integrity of the electoral body,” as reported by Kapitalis.

For his part, the head of the Independent High Authority for Elections denied on Monday night, when only the provisional results were in, any kind of irregularity in the electoral roll abroad, and accused the complainants of these alleged irregularities of wanting to “create a scandal and try to disrupt the voting process.”

Read:  Zelensky affirms that the fate of Europe, global security and the democratic system is decided in Ukraine

Moreover, a few hours after the announcement of the referendum results, Tunisian President Kais Saied has gone to Habib Bourguiba Avenue to take a bath in crowd. His supporters were already there to celebrate the victory of the “Yes”.

Saied has seized the moment to deliver a speech and threaten to punish those who committed “crimes against the people.” “We will continue together with this strong will to rebuild Tunisia,” he has assured, according to ‘Business News’.

The draft of the Magna Carta binds around the Presidency most of the powers and reduces the power of the Parliament, suspended in July 2021 — and subsequently dissolved –, date on which Saied dissolved the Government and arrogated to himself all the powers.

The new document will replace the Magna Carta adopted in 2014 in the wake of the 2011 overthrow of the then president, Zine el Abidine ben Ali, in the wake of a massive wave of popular protests in the so-called ‘Arab Spring’.