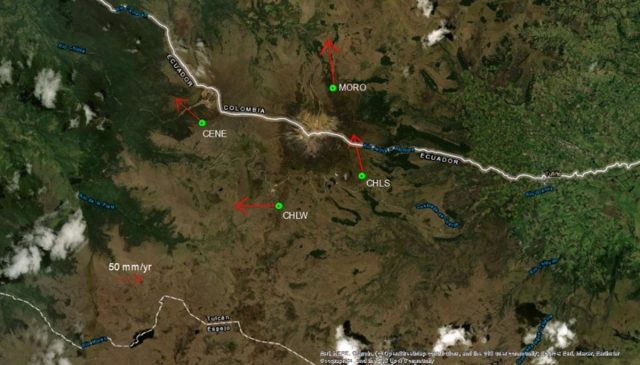 The Geophysical Institute (IG) of Ecuador has suggested this Tuesday to the authorities of Ecuador and Colombia the realization of a binational drill due to the possibility of a volcanic eruption in the Andean border of both countries.

In a special report published Tuesday, the IG has detailed that since May 27 the area of the Chiles and Ceero Negro Volcanic Complex, on the border of Ecuador and Colombia, has registered an increase in seismic activity, which could be due to a magmatic source closer to the earth’s surface.

“From May 27 to the closing date of this bulletin, about 17,738 earthquakes were located. Until July 23, the seismic foci are concentrated below the summit of the Chiles volcano and about 3.5 kilometers south of it, with depths from four to two kilometers above sea level,” states the report released by the Ecuadorian Geophysical Institute.

Read:  Jerusalem goes back on alert ahead of Nakba Day commemoration

“It is recommended to the population to keep informed only through official channels and to be aware of the evolution of the activity of the Chiles-Cerro Negro Volcanic Complex (CVCCN) (…) To the competent authorities, contemplate the possibility of a binational drill for volcanic eruption as a preparedness measure,” the IG has urged in the statement.

Read:  US withdraws 160 instructors from Ukraine but says its strategy has not changed

Likewise, it has recommended to the authorities of civil protection and risk management administration to “take into consideration the cartographic information corresponding to the associated volcanic hazards or threats”, and to review the vulnerable buildings before the possibility of the occurrence of new earthquakes of greater magnitude.