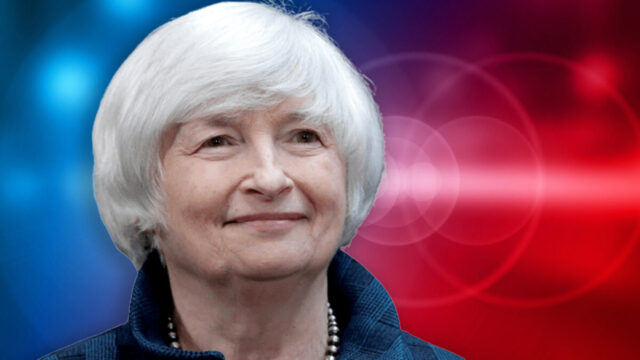 Janet Yellen noted that the country would reach its legal debt limit on January 19, 2023. She warned that “failure to meet the government’s obligations would cause irreparable harm to the U.S. economy, the livelihoods of all Americans, and global financial stability.“

On Friday, January 13, 2023, the U.S. Treasury issued a press release featuring a letter written by Janet Yellen, the 78th U.S. Treasury Secretary. The letter is addressed to the House of Representatives and the newly appointed 55th Speaker, Kevin McCarthy (R-CA).

In the letter Janet Yellen warns that the debt limit is approaching and urges Congress to act quickly before the nation’s massive $31.4 trillion borrowing authority is exhausted, in order to avoid default on the nation’s bonds. Although, a temporary solution could be used to avoid a U.S. bond default.

The Secretary of the Treasury insists that the use of a process known as “extraordinary measures“could buy Congress time to increase the borrowing power of the United States. This process, which amounts to transferring money from one account to another to ensure that bills are paid on time, allows the Treasury Department to move money around to prevent the United States from defaulting on its obligations. However, Janet Yellen notes that this can only be done for a limited time.

Read:  Did John McAfee fake his own death? His ex-girlfriend claims he did

I respectfully request that the Congress act expeditiously to protect the full faith and credit of the United States.

At a press briefing Friday, White House Press Secretary Karine Jean-Pierre was asked about the approaching debt limit, and she said, “We think that when it comes to the debt limit, it’s been done in a bipartisan way over the years and decades“, Ms. Jean-Pierre told reporters. “And it should be done in a bipartisan way. And it should be done without conditions. That’s important here.“

Read:  FTX lawyers tried to arrest Sam Bankman-Fried behind the scenes, according to internal documents

U.S. stock markets ended Friday in the green, with all four benchmark U.S. stock indexes – the Dow Jones Industrial Average (DJIA), the S&P 500, the Nasdaq Composite and the Russell 2000 – closing higher. In addition, the three most traded precious metals in the world – gold and platinum – closed higher. gold, silver and platinum – have been on the rise lately.