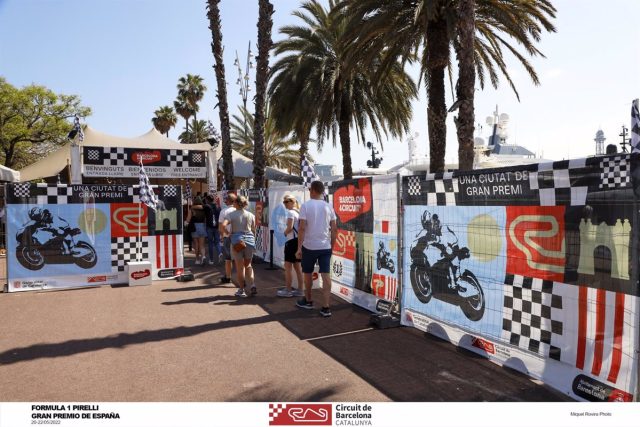 The MotoGP Grand Prix of Catalonia, which will take place from June 3 to 5 at the Circuit de Barcelona-Catalunya, has a unique setting for the occasion at Port Vell, where the ‘Village Barcelona&Circuit’ mutates and, after being released for the last Spanish Formula 1 Grand Prix, will now host multiple proposals that link the city with the world of motorcycling and motoring.

Fans will be able to visit the thematic area until Wednesday June 1, with free access for all audiences to be able to “immerse themselves in the MotoGP universe”, with the main attraction of five Repsol Honda motorcycles on display.

The schedule of the ‘Village Barcelona&Circuit’ will be from 12 to 21 hours, every day, except for Saturdays and Sundays, which will open an hour earlier. On the other hand, the MotoGP ‘Safety Car’ will also be on display and attendees will be able to see the legendary World Cup trophy.

The space will once again have the recreation of a box inside with a motorcycle by Monlau Competición. In addition, competition lovers will have at their disposal a ‘Scalextric’ car track, as well as a set of eSports simulators.

The Circuit de Barcelona-Catalunya will also exhibit a photographic journey through its three decades of history, as well as show some of its most important trophies.