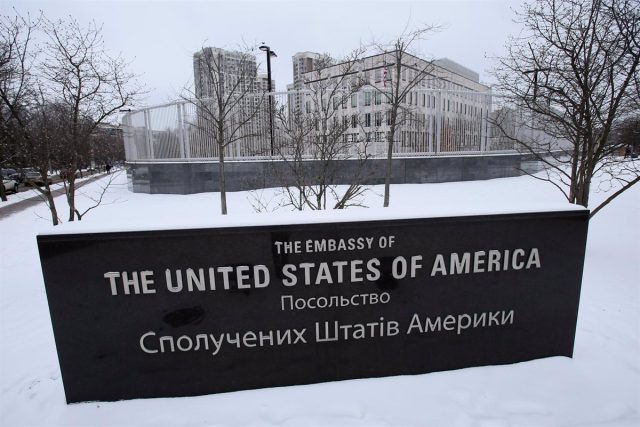 Washington believes that “the invasion could begin at any moment”

The US Secretary of State, Antony Blinken, announced on Monday the closure of the US Embassy in Kiev and the transfer of diplomatic personnel to the city of Lviv, near the border with Poland.

Blinken explained that it is a “temporary relocation” of the few personnel that still remained in the Ukrainian capital “due to the acceleration of the accumulation of Russian forces” on the border with Ukraine, reports CNN.

“I have ordered these measures to be taken first for the safety of our personnel. We strongly urge any US citizen remaining in Ukraine to immediately leave the country,” Blinken said.

“These precautionary precautions do not in any way undermine our support for and commitments to Ukraine. Our commitment to Ukraine’s sovereignty and territorial integrity is unwavering,” he stressed.

Read:  Azerbaijan denounces Armenian attacks on its positions on the common border

“We also continue our sincere efforts to reach a diplomatic solution and remain in contact with the Russian government following President (Joe) Biden’s call with President (Vladimir) Putin and my conversation with the (Russian) Foreign Minister. Sergei) Lavrov,” he explained.

“The avenue of diplomacy remains open if Russia chooses to participate in good faith. We expect our staff to return to the Embassy as soon as conditions allow,” Blinken said.

State Department spokesman Ned Price later explained that it was “absolutely necessary” to evacuate diplomats from Kiev because of the “distinct possibility, perhaps more real than ever before, that Russia may decide to proceed with military action.”

“We’re basing it on what we’re seeing on the ground and with our own eyes, which is a continuing and unprovoked Russian (military) buildup on the Ukraine border and there’s no indication of de-escalation,” Price said.

“Russian forces continue to arrive at the Ukrainian border and (…) the invasion could start at any moment,” he said. “It is not clear if Russia wants to continue down the diplomatic path”, but she has warned that if the invasion finally takes place there will be “widespread human suffering”.

Among the diplomats transferred to Lviv is the head of the Embassy, ​​charge d’affaires Kristina Kvien. “They will continue to be in contact with the Ukrainian government, coordinating diplomatic efforts,” she added.