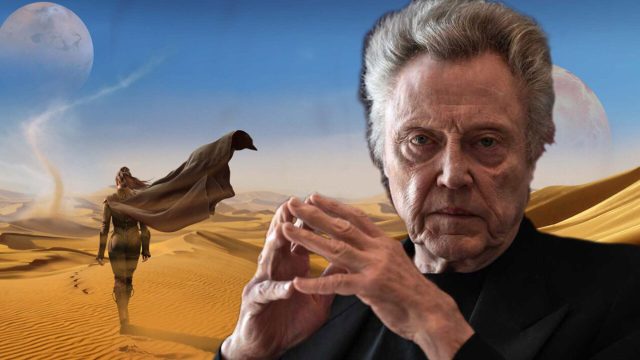 Dune was, without a doubt, the film of the year 2021. With a chosen cast and a breathtaking staging, Denis Villeneuve’s film succeeded in the impossible: the exceptional remake of a classic.

It is well known that reinterpreting successful films does not always go according to plan. So many of the critics had pretty low expectations for Villeneuve’s new Dune. Obviously, it’s better not to expect much and to be amazed at the end result – which is what happened.

Absolutely natural, there will also be Dune 2, as the director announced a few months ago.

As far as we know, Dune 2 could be far superior to the first part, if at all possible, given the success of 2021.

If you’re a fan of cinema, you certainly don’t need any explanation about Christopher Walken, this absolute god of acting.

The good news is that Walken is coming to complete the exceptional cast of Dune, in the second part of the production. He will play the role of Emperor of the Universe. In the 1984 adaptation of David Lynch, the role was played by Jose Ferrer.

In addition, this is not the only surprise: director Denis Villeneuve has repeatedly stated for various niche publications that he will do his best to avoid the common mistakes that are usually made by films that benefit from a sequel. In other words, the scenario will be passed through enough filters so as not to give rise to the classic anomalies.

Read:  Volvo wants to innovate: what to test on the streets of Europe

Dune 2 seems to have already avoided two production trends that often dilute cinematic sequels: first, the film was pre-planned, rather than receptive, commissioned by the studio, and second, its story is likely to have a risky narrative, not just based on what the original movie was.