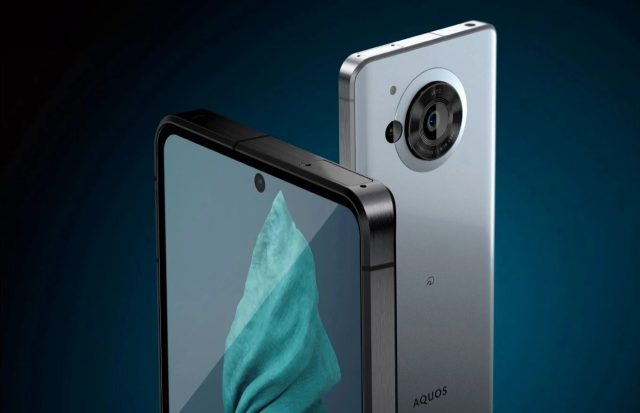 Last year’s Sharp Aquos R6 marked two major releases in the smartphone market. First of all, it became the first smartphone on the market to integrate a 1 ”photo sensor from Sony. Then it was the first non-Huawei phone with Leica branding for cameras. The Aquos R7 model follows in their footsteps, offering the upgrades we expect from one year to the next.

Unfortunately, the Aquos R7 will not be available outside of Japan. Despite this disadvantage, it could be one of the best devices on the market in many ways.

Sharp Aquos R7 could be the best smartphone so far

The phone is built around an IGZO OLED screen with an unconventional resolution: 2,730 x 1,260 pixels, with a diagonal of 6.6 ”and a double variable refresh rate compared to the top models on the market: from 1 to 240 Hz dynamically. Also, the declared brightness of this screen is a maximum of 2,000 nits, more than the panel on the Samsung Galaxy S22 Ultra. The screen is protected by Gorilla Glass Victus glass. Victus + glass is still exclusive to Samsung models. What is no longer just on Samsung is the ultrasonic fingerprint sensor, integrated in the screen.

The configuration is already a standard for premium phones in 2022: Snapdragon 8 Gen 1, 12 GB RAM and 256 GB internal storage, a 5,000 mAh battery and water resistance. What is not so “standard” is the presence of a 3.5mm headphone jack, in addition to the USB-C port. We see the same thing from Sony, another Japanese company that prefers to keep the jack even on the recent Xperia 1 IV.

But the camera is the most important aspect of the Aquos R7 from Sharp. We again have a 1 ”sensor for the main camera, but the resolution increases from 20 in 2021 to 47.2 megapixels in 2022. The lens has a f / 1.9 aperture, very open and promises a focal length equivalent to 19mm on a Full Frame. Thus, the perspective offered will be a wider one than on ordinary phones, which offers about the equivalent of 24-28mm on the main camera. According to Sharp, the new camera can capture 1.8 times more light than the one on the 2021. The main camera uses a Leica SUMMICRON lens, as do Huawei models. Because it has no other cameras on the back, 4X digital zoom is also done on the main camera, but there is enough resolution to provide results without significant loss of quality. Next to the main camera is a 1.9 megapixel depth sensor. The camera on the Sharp Aquos R7 comes with Octa PD (octa phase detection) focusing, which can detect the human body, face or even eyes in real time. The large sensor also allows shooting at 8K resolution. However, the front camera is just an “ordinary” one, with a resolution of 12 megapixels.

Since Leica launched an “overhaul” of the R6 under the name Leitz Phone 1 last year, we expect a Leitz Phone 2 from the German manufacturer, with hardware identical to that of the Aquos R7 model from Sharp.