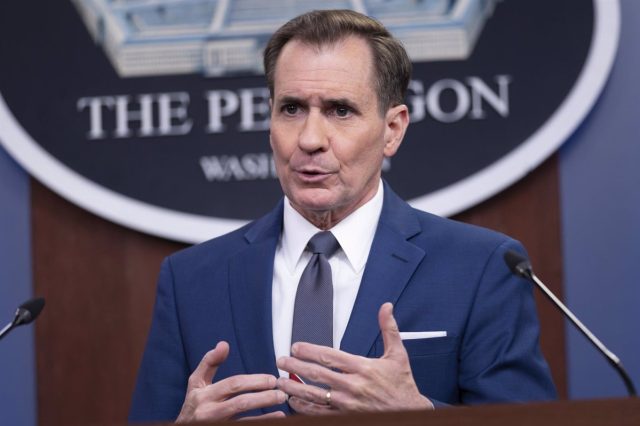 The United States has argued that Ukraine is “another page” in the same book of “Russian brutality”, as Moscow “disregards” the laws of war in the context of the appointment of the new Russian operations manager in Ukraine, Alexander Dvornikov.

“I would not pretend to say that we know for sure that this new general (Dvornikov) will be the author of some additional new and bloodier tactics, but we can certainly tell from what we have seen (in Syria),” Kirby told a news conference. .

“We can all hope that those same brutal tactics, that same disregard for civilian life and civilian infrastructure, are likely to continue, as they are now concentrated in a more geographically confined area in Donbas,” he added.

Along the same lines, the United States National Security Adviser, Jake Sullivan, has stated that this change in leadership by Moscow is an indication that more war crimes will be seen, such as in Bucha or Kramatorsk, according to He said in an interview with CBS.

In fact, in another interview with CNN, Sullivan has pointed out that this particular general has a resume that includes brutality against civilians in other settings, such as the war in Syria.

Dvornikov, 60 years old, is commander of the Southern Military District, with extensive experience in Russian operations in Syria, and would have the mission of organizing the different commands that are operating right now in Ukraine, and whose coordination has so far been “really deficient.

On the other hand, the Pentagon spokesman has specified that the Russian forces are going to use places like Belgorod and Valyuki north of the border with Ukraine as reconditioning stations and way stations to resupply.

“We’ve seen some early indications that they’re still sending the forces they had in northern Ukraine around kyiv, particularly, and Chernigov, moving north into Belarus. We’re starting to see early indications of movement east, back into Russia.” “, has said.

In addition, he recalled that a convoy of vehicles is heading to the city of Izium and has numbered approximately a couple of dozen Russian ships in the Black Sea. “We believe that these are the first stages of a reinforcement effort by the Russians in Donbas,” she said.

In parallel, a senior US official has indicated at a press conference that Russian troops “are beginning to reinforce some of their positions southwest of Donetsk” and that they still remain north of Kharkov.

“Yesterday we saw an airstrike carried out on the Dnipro international airfield. We assess that it destroyed part of the airport infrastructure, but we have no evidence to conclude that they destroyed an S-300 system,” he said.

It has also indicated that the city of Mariupol remains under siege and has pointed out that there are fighters on the surface in the Sea of ​​Azov to help resupply the forces fighting around the city.

“In general, we maintain that Kherson is still under Russian control, but Mikolaiv is still solidly under Ukrainian control and the disputed areas are between those two cities,” the senior US official stressed.

It has also estimated at 60 battalion tactical groups that Moscow has both in the northwest — the group of troops that are north of Lugansk and Popasna and Izium, as well as east of Kharkov — and in the south of the country.