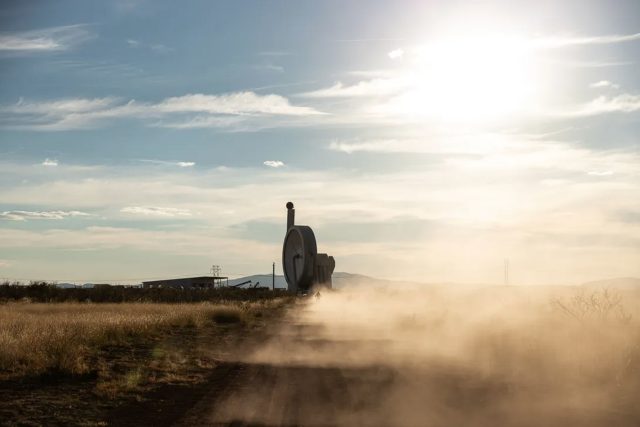 Called the SpinLaunch, the NASA-funded device could eliminate the need to use missiles, greatly reducing the cost of launching satellites into Earth orbit.

The technology is not entirely new, with experiments with centrifugal cannons developed for military use launching projectiles miles away without the use of explosives as propellants.

Resurrected by a Californian startup called SpinLaunch, the technology reimagined with modern means is embodied in a centrifuge with a diameter of 91 meters that operates in a vacuum chamber, from which the air was previously extracted to avoid energy losses resulting from air friction at speeds of over 8000 kilometers per hour.

Founded in 2014 as an alternative to conventional propulsion systems, SpinLaunch proposes the centrifugal acceleration of satellites intended to be placed in Earth orbit, then relying on the inertia of the satellite to become a projectile to reach the desired altitude.

Coming to confirm the potential of the seemingly unrealistic technology, NASA awarded SpinLaunch a contract funded with money from the state budget, aimed at using the experimental centrifuge to accelerate into orbit.

The main problem for SpinLaunch is that the whole system is based on the resilience of future satellites, which should be approximately at the level of a projectile for military use. This excludes from the outset any plans for experimental or scientific satellites, any selected technology must be pre-certified to withstand any rigors of the launcher. However, equipment without overly elaborate elements, such as communications satellites, could withstand the proposed launch method.

Taking Starlink as an example, the need to keep a constellation of thousands of micro-satellites in orbit in need of periodic replacement could provide a steady source of revenue for SpinLaunch, at least as long as more effective alternatives are not discovered.