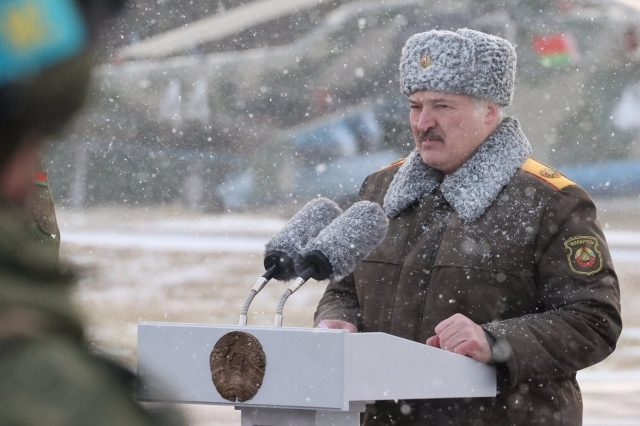 The President of Belarus, Alexander Lukashenko, stated this Thursday that Western Intelligence is “useless” and has called for “calm” in the face of a possible Russian attack on Ukraine, in the framework of tensions due to the accumulation of Russian troops near the border with its neighboring country.

Speaking to CNN while overseeing the joint military exercises being carried out by Moscow and Minsk on Belarusian territory, Lukashenko lamented that the West has accused Belarus and Russia of wanting to invade Ukraine on Wednesday.

“We did not do it,” assured the Belarusian president, who has indicated that “Western intelligence and the billions of dollars spent on it are useless.”

In addition, the legitimacy of Western military experts present in Ukraine has also been questioned, noting that Western troops are close to Poland, Lithuania, Latvia, Estonia, “thousands of kilometers (from the United States)”. “We do not have troops in Canada or Mexico (…) for example. So calm down,” he stressed.

Russia and Belarus carry out joint military exercises on Belarusian territory, in the context of tensions with Ukraine. Both governments have guaranteed that there will be no Russian troops left in Belarus once they are finished.

The tension around Ukraine has increased in recent months due to the deployment of Russian troops along the country’s border, which the international community has understood as a possible preparation for an “invasion”. Russia has denied these accusations and has accused NATO of increasing military activity in the area.