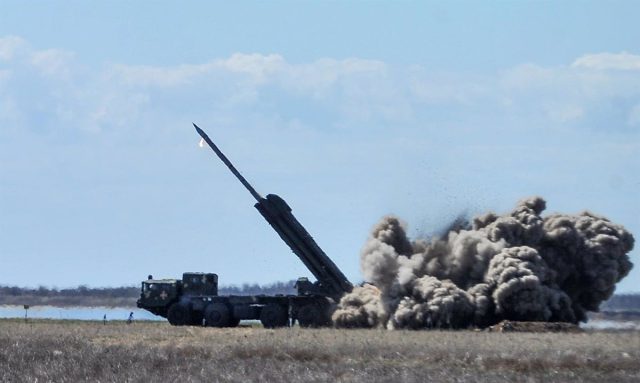 US President Joe Biden announced on Tuesday that the United States would send new Multiple Launch Rocket Systems (MLRS) to Ukraine to deal with the Russian invasion and hit “key targets,” in an op-ed published in the daily. ‘New York Times’.

“We will provide the Ukrainians with more advanced rocket systems and ammunition that will allow them to more accurately hit key battlefield targets in Ukraine,” Biden said.

Thus, he explained that the United States has moved “quickly to send Ukraine a significant amount of weapons and ammunition so that it can fight on the battlefield and be in the strongest possible position at the negotiating table.”

The US president has not specified what type of systems they will send to Ukraine, but a senior White House official has clarified that they are HIMARS systems (High Mobility Artillery Rocket System, for its acronym in English), which are multiple rocket launchers mounted on light armored vehicles.

Officials have claimed that the HIMARS will be equipped with ammunition that will allow Ukraine to launch rockets up to 80 kilometers, as reported by the US network CNN.

A much shorter range than the maximum of these systems, the so-called M142 High Mobility Artillery Rocket System (HIMARS), is capable of hitting targets some 300 kilometers away.

Biden has stressed that by sending these missiles, Washington is not encouraging Ukraine to attack beyond its borders towards Russia.

Read:  The UN appoints a mediator to achieve a "humanitarian ceasefire" in Ukraine

“We do not seek a war between NATO and Russia. As much as I disagree with the President of Russia, Vladimir Putin, and consider his actions an outrage, the United States will not try to provoke his removal from office in Moscow,” Biden stressed. .

The White House tenant has confirmed this decision, emphasizing that although the war in Ukraine will only end through diplomacy, “every negotiation reflects the facts on the ground.”

“As long as the United States or our allies are not attacked, we will not become directly involved in this conflict, neither by sending American troops to fight in Ukraine nor by attacking Russian forces,” the US president has sentenced.