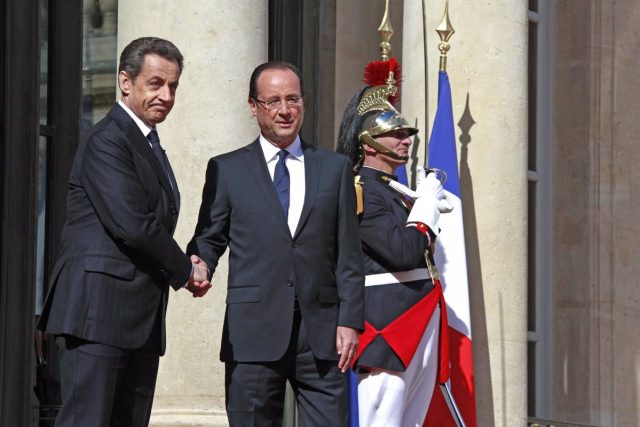 France will experience this Sunday, April 24, the second round of its presidential elections. A repetition of the tandem that was seen five years ago, again pitting the liberal Emmanuel Macron against the far-right Marine Le Pen, and that recovers the essence of a political system in which the head of state does not derive from a parliamentary system.

Next, we review the keys to the second electoral rounds during the last two decades:

The outgoing president, Jacques Chirac, arrived as a favorite at an appointment in which ‘a priori’ he was going to have the socialist Lionel Jospin, then prime minister, as his main rival. However, the latter failed to progress to the second round after finishing third.

In a first round with an abstention rate of over 28 percent, Chirac was victorious without even getting 20 percent of the vote and in second place, with 16.9 percent, was the leader of the National Front, Jean-Marie Lepen. For the first time, a far-right politician passed the first procedure.

The citizen mobilization soared in the second round and the common front against Le Pen gave results, to the point that Chirac emerged as the winner again after accumulating more than 82 percent of the votes, an unprecedented figure.

Health problems and low popularity led Chirac to resign for a third term. The Union for a Popular Movement (UMP) opted for Nicolas Sarkozy as successor at the head of the conservatives and the polls proved him right, since the candidacy won more than 31 percent of the votes in the first round.

Read:  Putin and Raisi highlight bilateral relations and cooperation of Russia and Iran in the fight against terrorism

Sarkozy was accompanied in the second round by the socialist Ségolène Royal, who after obtaining 25.9 percent of the vote broke a glass ceiling. Never before had a woman been so close to the Elysee, although in the final vote it was Sarkozy who ended up winning, with just over 53 percent of the vote.

Sarkozy stood for re-election and, for the first time, the Socialist Party chose its candidate in primaries. François Hollande emerged victorious from this process and managed to overtake the president already from the first round, by a margin of 1.5 percentage points.

In the second round, Hollande repeated this victory, again without great distances. The socialist candidate obtained 51.6 percent of the vote and ousted a Sarkozy from the Elysee who had to settle for 48.4 percent.

The 2012 elections marked the debut in the front line of names like Marine Le Pen or Jean-Luc Mélenchon, who at that time headed a Left Front. Both have been maintained since then and, in fact, have returned to being protagonists a decade later.

Read:  Ukraine denounces that the Russian Army has destroyed almost 38,000 houses in Ukraine since the beginning of the war

Hollande resigned to stand for re-election, weighed down by low popularity. For the first time, the name of the incumbent president did not appear on some ballot papers, nor was Sarkozy, who tried unsuccessfully to be a candidate.

Sarkozy was defeated in unprecedented primaries for the Conservatives, which boosted former Prime Minister François Fillon. The Republican candidate (former UMP) went from being the favorite to being left out of the second round, weighed down mainly by accusations of nepotism.

The Socialists, for their part, exchanged Hollande for a former Minister of Education, Benoît Hamon, who was already relegated during the campaign and led the party to minimal levels until then — this year the mayor of Paris, Anne Hidalgo, has obtained a result even worse–.

Emmanuel Macron, a former member of the socialist government, took advantage of this political reconfiguration at the head of the En Marcha movement and dragged 24 percent of the votes in the first round. Le Pen got 21.3 percent, which allowed him to advance to the final round.

In the second round, Macron definitively prevailed, winning almost two out of three votes. For this Sunday, the polls anticipate a tighter result between the current president and the far-right candidate.