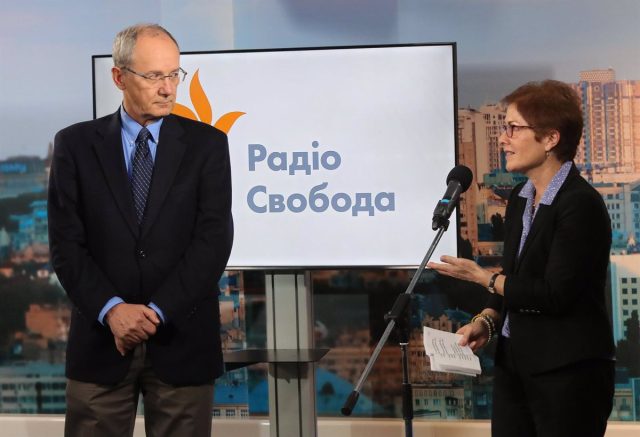 Archive – The United States Ambassador to Ukraine, Marie Yovanovitch, delivers a speech in the presence of the Chief Programming Editor of RFE/RL, Nenad Pejic, on October 10, 2018. – UKRINFORM / CONTACT – Archive

A Russian court has imposed a fine of 20 million rubles (about 300,000 euros) on Monday against the Radio Free Europe station for considering that it has spread “false information” about the war in Ukraine.

The station, an organization financed by the White House and listed in Russia as a foreign agent, has been subject to several fines in recent months in connection with its coverage of the Russian invasion of Ukraine.

Read:  Ukraine recovers 1,346 bodies of civilians killed in Kiev since the start of the war

The Russian telecommunications regulator, ‘Roskomnadzor’, blocked the websites of Radio Free Europe/Radio Liberty and other foreign media in March. This same Monday, the American media have been summoned before the Russian Foreign Ministry.

Foreign Ministry spokeswoman Maria Zakharova has warned that if Russian journalists are unable to work freely in the United States, foreign journalists will risk similar difficulties regarding their visas and bank accounts, primarily .

Russian President Vladimir Putin ratified a law in March that allows sentences of up to 15 years in prison to be imposed for intentionally spreading “false news” about the Army.