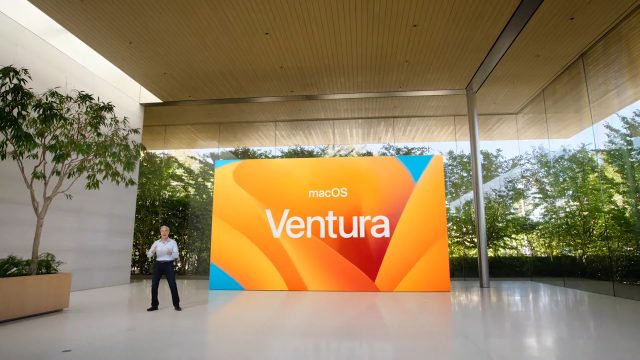 Mac computers are not very popular in Romania, as they are quite expensive compared to the competing offer, but there are many iPhone and iPad users who have switched to such computers in recent years and in our country. Especially in the area of ​​content creators, MacBooks and iMacs are starting to catch on in Romania, and the new macOS Ventura update could make their lives easier, being delivered with a new multitasking interface (same as on iPadOS 16), as well as with many new functions.

Probably the most important addition to macOS Ventura is Stage Manager, the multitasking interface that allows you to group multiple applications and switch between groups, as needed. On macOS you could have overlapping apps or resizable windows anyway, so it’s not as big an update as it is on the iPad.

However, Apple makes some changes to internal applications, such as Mail, which can now withdraw an email sent by mistake in the first few seconds, or schedule an email to be sent at a certain time. There are also follow-up suggestions for some important emails. However, all these functions will also come on the Mail application for iPad and iPhone.

Safari receives collaboration features, and you can browse the web with friends, who can be invited via iMessage or Face Time to plan things together. The Shared Tabs group can then be modified by any of the users involved.

One of the most important additions to macOS Ventura, which will be on iOS and iPad, is Passkeys. Apple wants to “undo” passwords, so it will allow fingerprint or face authentication to be integrated into applications and websites. Developers will be able to integrate this feature to register accounts with just an email address. The account password will not exist, and authentication is done strictly by Touch ID or Face ID on the device.

Read:  With the Thought in Ukraine - a platform for all Romanians who want to help This way, the password is always stored on the processor and encrypted, and the site or service will never store a password on its servers. As a result, accounts can no longer be “attacked”, as there is no longer the risk of phishing for a “non-existent” password, nor can lists of passwords be published following hacks. And passwords can be synced across all Apple devices via Keychain, with quick access from each device, with no additional sync steps.

Gaming seems to be an important area for macOS Ventura

For the first time in the company’s history, Apple seems to be seriously thinking about gaming as well. The company has announced a new 3D graphics API called Metal 3, which will introduce new capabilities to Apple Silicon computers. MetalFX seems to be an upscaling technique similar to DLSS or Fidelity FX Super Resolution from NVIDIA and AMD, which displays the game at a higher resolution than the processed one, to improve performance. Apple also talked about the Fast Storage API, a technology that will reduce load times. To demonstrate its dedication to gaming, Apple invited representatives from Capcom to the stage, who announced that Resident Evil Village is coming to macOS Ventura, offering fluid gameplay at 1080p on MacBook Air and 4K on Mac Studio. The iPhone can be used as a webcam

The last part of the macOS presentation was dedicated to video chat features. Face Time receives one of the most important features in the history of the service: the ability to move real-time video calls from one device to another. You can take a video call on your iPhone and then move it to your iPad or Mac without closing. This is called the Continuity Camera. Also in the camera chapter is the new feature that allows the use of the iPhone, probably the most powerful camera that many have, to improve the quality of calls on a Mac. Basically, the iPhone becomes a high-performance webcam with three different lenses. Everything happens wirelessly, and Apple will launch with its partners phone attachment systems on the dedicated display or on the laptop. They connect to the phone with MagSafe. One of the most interesting features is the ability to blur in real time, or change the images displayed with virtual lighting. Apple also seems to be using the three cameras to provide new perspectives on video calls, demonstrating the ability to show what is on the desktop using the ultra-wide camera and some perspective processing and correction, while the main camera shoots the main subject. . The launch of macOS Ventura will take place this fall, but is already available for testing in the developer version. The general public will receive a beta starting in July, for testing on their own devices. However, the list of compatible models is limited to last year’s macOS Monterey, with many older Macs being “abandoned”.