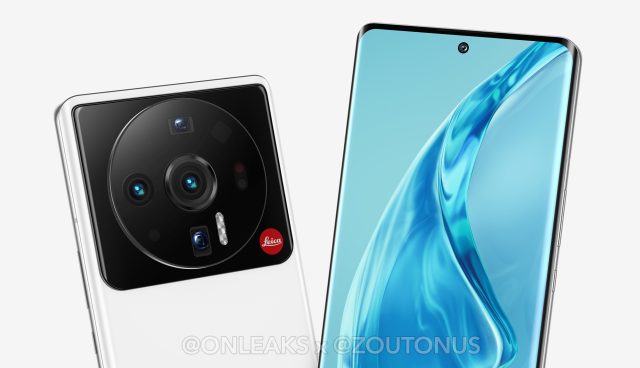 The successor to the Mi 11 Ultra model from a year ago, Xiaomi 12 Ultra has to confirm very demanding expectations in terms of innovation and photo performance.

Unfortunately, the first presentation images generated based on unofficial renderings are rather disappointing in terms of innovation, with the new Ultra losing the mini-screen at the back. Used to announce notifications, the secondary screen on the Mi 11 Ultra has been disappointed by its lack of versatility, with its users hoping that Xiaomi will improve its functionality. For example, users could see trivial information such as the exact time, the last call received, and even set a picture to display, but they could not frame portrait pictures using the secondary screen as a mirror. Eventually, most users got bored and gave up worrying about the screen being too small and too unhelpful. Unfortunately, it seems that this was just a design ploy, which Xiaomi decided to give up. Instead, the new argument for attracting buyers seems to be the Leica brand, the collaboration with the famous German camera manufacturer being signaled with a rather shrill logo, placed right in place of the secondary screen.

In the new formula, Xiaomi does not give up the oversized rectangular ornament, placing another circular one on top of it, housing the three cameras, along with the LED flash and other auxiliary sensors. According to rumors so far, Xiaomi 12 Ultra would be delivered with the “Plus” version of the Snapdragon 8 Gen 1 chipset, stereo speakers and 120Hz QHD OLED + screen, with 6.6 inches diagonal and curved edges. The equipment options will be 256GB and 512GB internal memory, the basic equipment costing about $ 1350.