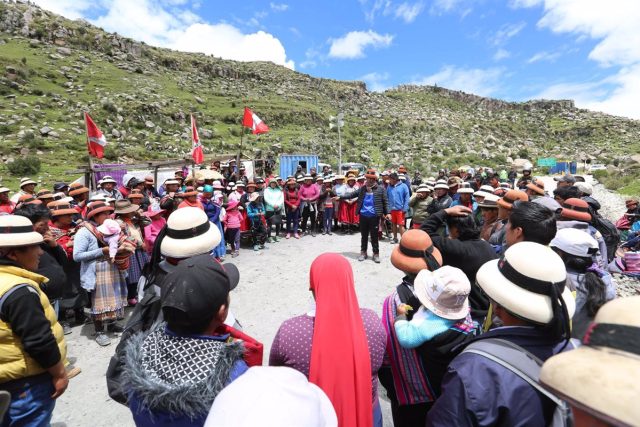 The Peruvian Prime Minister, Aníbal Torres, has spoken about the clashes between the Police and the Fuerabamba community members, who have held a series of protests this week against the Las Bambas company in the department of Apurímac.

“Verify the truth and do not invent things. The lady fell, broke her eyebrow and they are treating her, it is not that she has lost an eye,” Torres said in a meeting with the press as part of the protests, which , according to a report from the Ombudsman’s Office left at least 18 injured, including a 60-year-old woman with severe eye trauma.

Likewise, as reported by the newspaper ‘La República’, the prime minister has justified the declaration of a state of emergency in the place of conflict. “The emergency had to be declared because we have dialogued with them, over and over again,” he said.

The Presidency of the Council of Ministers (PCM) has summoned the communities of Fuerabamba and Huancuire, and the Las Bambas mining company to hold a dialogue table on May 7, according to the Peruvian RPP.

However, the president of the Fuerabamba community, Edison Vargas, has indicated this Saturday that they will not attend this dialogue table. “For us it is a mockery and an offense that now we have just received a letter where the premier wants to talk with us, when at the time we have requested it,” he said, according to the newspaper ‘El Comercio’.

The paralysis of this mining company, which represents 2 percent of the world’s copper supply and which has already stopped its activity on other occasions due to protests, implies a strong economic impact for the Peruvian State.