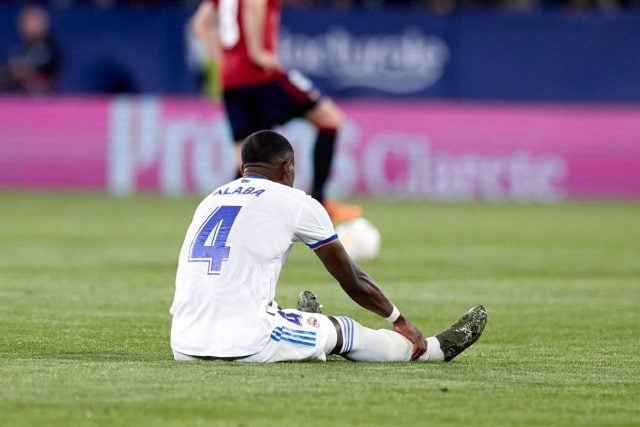 Real Madrid’s Austrian central defender, David Alaba, remains a serious doubt to play the second leg of the Champions League semifinals against Manchester City on Wednesday after not training with the group on Monday either.

As indicated by the Madrid team on its website, the defender, suffering from a muscular problem since the visit to El Sadar on April 20 and who was only able to play 45 minutes in the first leg last Tuesday at the Etihad Stadium, worked in the inside the facilities of the Ciudad Deportiva de Valdebebas together with the Welshman Gareth Bale, who is also looking low against Pep Guardiola’s men.