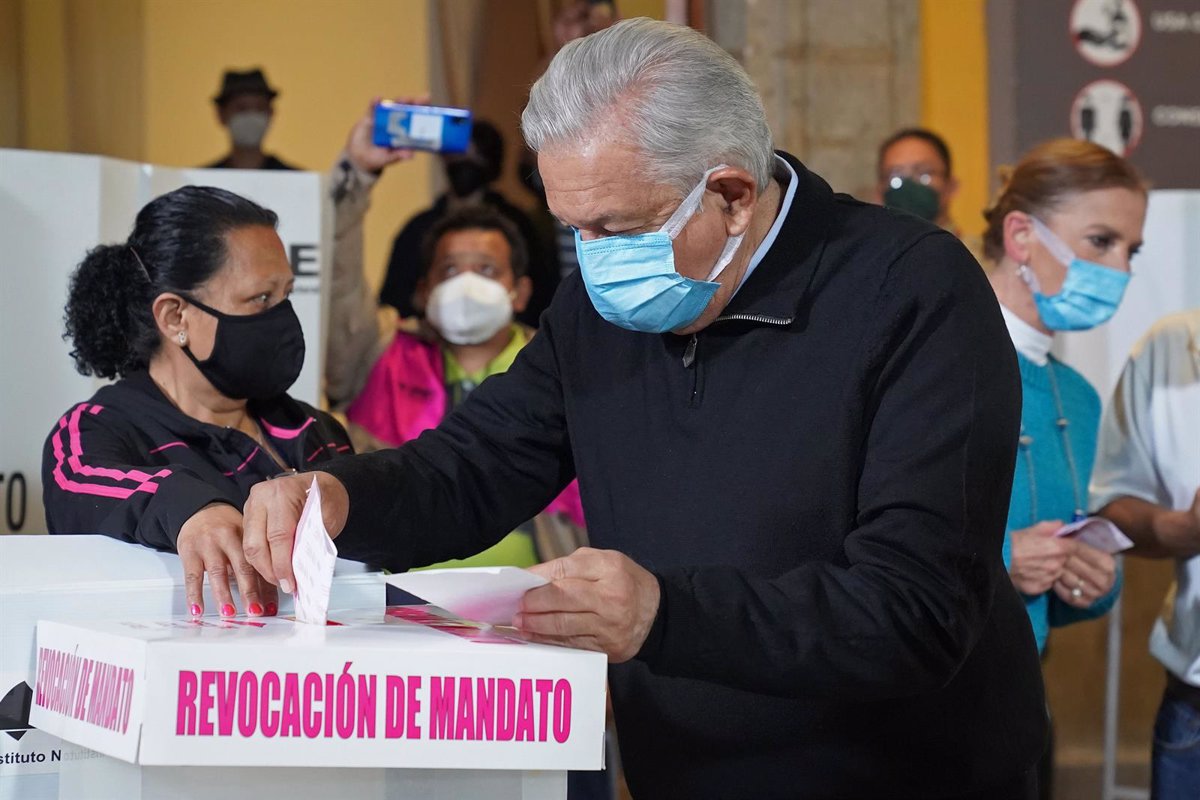 The president of the National Electoral Institute (INE) of Mexico, Lorenzo Córdova, has been satisfied with the presidential recall referendum of the Mexican leader, Andrés Manuel López Obrador, despite the low turnout in the referendum, and has stated that the boycott by of the INE is “false”.

“Whoever wanted to vote voted. We must dismantle that narrative that the revocation election had a boycott by the INE. It is false. The boycott was by those who did not give the money,” the president stressed, adding that “he It’s nice” that the Mexican president, Andrés Manuel López Obrador, “is happy with the results”.

Mexico has held a vote this Sunday to evaluate the continuation of López Obrador’s mandate, which has resulted in more than 91 percent of the support, although participation has been around 18 percent, well below 40 percent necessary to consider the consultation as binding.

“It was a complete success. They are hard data. From the INE we are very respectful of the citizen’s will. Citizens are respected from the INE”, Córdova highlighted, as reported by the newspaper ‘El Universal’.

In this sense, the president of the INE has indicated that it is “the second exercise of direct democracy at the federal level” and has underlined that the systems worked “quickly and punctually”, better than in the 2021 federal elections.

Regarding the low participation, Córdova has assured that “perhaps” it has been due to the fact that Mexican citizens did not want to ratify an exercise that includes officials who have not complied with the law.

Thus, he has referred to the words of the Mexican president who, despite holding the consultation and the results, has attacked the INE for “cheating and boycotting”. “Nothing more than with a third of the voting booths and with all the traps or boycotts of the INE, which was not applied to put them on all sides,” said the president, as reported by the newspaper ‘Milenio’.

Read:  Bolsonaro calls for militaristic demonstrations in the middle of the election campaign

López Obrador has also defended that more votes have been registered than those obtained by former presidents Ricardo Anaya and José Antonio Meade in the 2018 elections. “I obtained more votes now for it to continue than in 2006,” he stated before pointing out that this exercise It will serve as a precedent for “future six-year terms”.