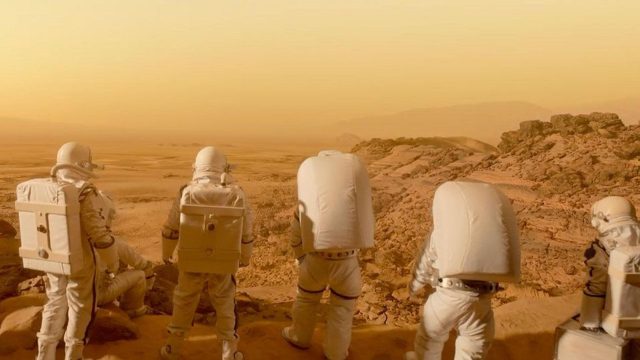 The space drama with forays into alternative history, “For All Mankind”, is heading to Mars, in its third season.

Apple today released a new trailer for next season, which will begin on June 10, 2022. Since the second season of “For All Mankind” described a war on the moon between the United States and the Russian Federation, which takes place in the eighties, the newest season takes a sudden leap in time and reaches 1995. The US is struggling to be the first country on Earth to manage to colonize the planet closest to us, Mars.

Fans of the series can expect to see faces already known from the first seasons, but also new ones, which will make their debut in the season number three. The end of last season described the untimely disappearance of Gordo Stevens (played by Michael Dorman), but also that of Tracy Stevens (played by Sarah Jones).

Read:  REVIEW Devil in Ohio - the Netflix miniseries that shows you the real demons are still humans

The good news is that Sonya Walger is back in the role of Molly Cobb, despite being exposed to (at least that was the conclusion fans of the series were able to draw) to a fatal dose of radiation, during his foray into the moon.

Also in the cast are Joel Kinnaman (Ed Baldin), Shantel VanSanten (Karen Baldwin), Jodi Balfour (Ellen Wilson) and Cynthy Wu (Kelly Baldwin). What’s more, you may be glad to hear that Coral Peña is back as Aleida Rosales and Casey W. Johnson as Danny Stevens.

The teaser trailer released by Apple TV + can be watched in the footer of this article.

It remains to be seen whether the new season of the much-loved series will manage to rise to the standards imposed by the first two.