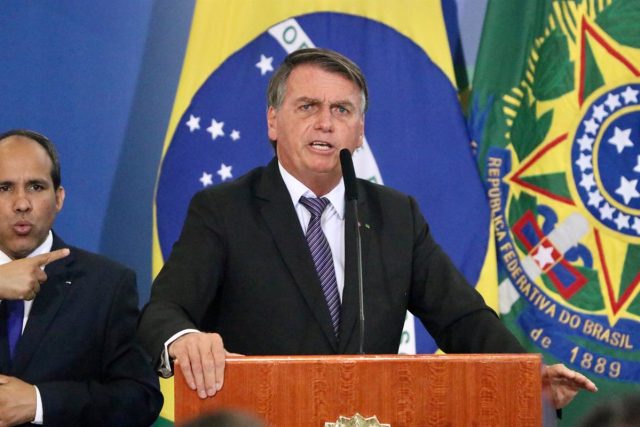 The president of Brazil, Jair Bolsonaro, has denounced the judge of the Supreme Court, Alexandre de Moraes, before this same judicial body, for abuse of authority, as well as for disrespecting the Constitution and breaching fundamental rights and guarantees.

According to ‘Folha de S. Paulo’, the Brazilian president has assured in the letter that, despite the fact that the Federal Police has dismissed his involvement in the framework on the use of electronic voting machines during the elections, the judge insists on keep it as researched.

Bolsonaro has also accused Moraes of abuse of authority in the framework of the investigations into his alleged relationship with the ‘digital militias’, responsible for computer attacks on several public institutions, including the Superior Electoral Court (TSE).

According to the Brazilian president, these investigations have an “exaggerated” deadline, they do not respect the accusatory system and there is no “illicit act” for which they should remain open, according to the newspaper ‘O Globo’.

In addition, he has affirmed that the judge decreed “measures not provided for in the Penal Code” contrary to the ‘Framework of Civil Rights on the Internet’, and has indicated that lawyers are not allowed to have access to said investigation.

The investigation into the dissemination of false news was launched after De Moraes’ authorization to share evidence obtained in other open cases against Bolsonaro, which with this one are already seven, including the alleged interference within the Federal Police or the prevarication in the purchase of vaccines against COVID-19.

According to these investigations, those known as ‘digital militias’ would have acted systematically in favor of Bolsonaro, spreading false information and attacking state institutions.