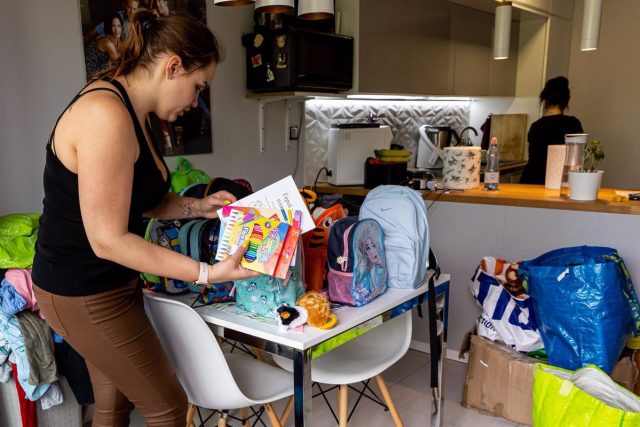 More than 6.7 million people have been forced to leave Ukraine since Russia began its invasion on February 24, according to the UN High Commissioner for Refugees (UNHCR), which has also detected more than 2.1 million returns to Ukrainian territory.

The United Nations has warned that the number of refugees will continue to rise if there is no ceasefire and even predicted in April that some 8.3 million people could leave Ukraine. The International Organization for Migration (IOM) has already registered more than eight million internally displaced persons.

In recent weeks, however, an increase in returns has been detected, although the UNHCR has indicated that for now “it is too early to draw conclusions on definitive trends”. Thus, on its website, it recalls that there is a “pendular” movement, that is, of people who temporarily return to Ukraine, and that the evolution is “very volatile and unpredictable.”

UNHCR spokeswoman Olga Sarrado explained that the rate of arrivals in Poland has fallen from the more than 100,000 daily registered in early March to an average of 20,000 in May, while confirming “more pendular movements”. “People come back and cross the border into Ukraine for various reasons, including visiting relatives, checking the status of their properties or going back to their jobs,” she said.

The number of departures, meanwhile, continues to increase and already accumulates more than 3.5 million only on the Polish border. In Romania, UNHCR has registered 984,000 arrivals, compared to 665,000 from Hungary, 476,000 from Moldova and 451,000 from Slovakia.

The UN refugee agency also estimates that there are already more than 984,000 people in Russia, although local authorities in the latter country assured this week that the real figure – impossible to verify by other means – exceeds 1.4 millions.