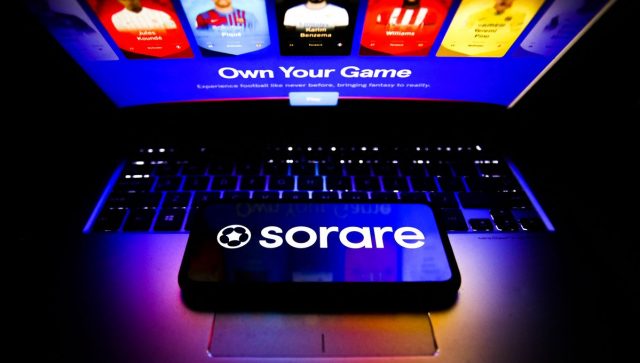 Sorare offers what is called a fantasy soccer game. The player who is registered on Sorare dials teams from players’ cards which are as many NFTs. However, Sorare could be considered as a platform offering hidden sports betting according to the National Gaming Authority (NGA).

According to information from BFM Business, the National Gaming Authority has issued a notice against Sorare, which will have to prove that it is not a sports betting site.

To understand the accusations against Sorare, it is essential to go back to its modus operandi: customers can buy virtual cards (whose ownership is in the form of an NFT) with different levels of rarity, and linked to a soccer player to speculate on their growth according to the growth of the latter’s fame.

Then they use these same cards to participate in virtual tournaments. These tournaments reward players based on the statistics of the players on the card in real matches. For example, when they score goals or make an assist. It is this use that reveals the doubts of the JNA.

“Are considered games of money and chance and prohibited as such all operations offered to the public, under any name whatsoever, to give rise to the hope of a gain that would be due, even partially, to chance and for which a financial sacrifice is required from the participants” states Article L320-1 of the Code of Internal Security.

A definition that could fit the way Sorare operates, which, for example, recently hired Kylian Mbappé as an ambassador and investor according to Frédéric Guerchoun, legal director of the ANJ.

“For gambling to exist, there must be an offer made to the public, a gain in kind or in cash, and a financial sacrifice. In our view, financial sacrifice as understood in the jurisprudence is an expense. In the case of Sorare, it is imperative to buy cards to participate in the event.” says Frederic Guerchoun, comments collected by BFM Business.

This idea of financial sacrifice is not thought of in the same way by Sorare, which defends the functionality of its platform.

“As the laws currently stand, our analysis is that Sorare does not fall within the scope of gaming regulations. […] On Sorare, there is no notion of a stake or financial sacrifice, depending on a sporting event. When a Sorare card is played in our fantasy game, it is never lost. This card can be played once or 500 times, in the first season as well as in the tenth season”, Sorare defends himself to BFMTV.

For Sorare, this risk could be a significant threat. French law prohibits gambling, but there are some exceptions such as sports betting and casinos. If the purchase of virtual cards for the purpose of winning money on sporting events is classified as sports betting, then Sorare must apply for approval from the ANJ to become a licensed online operator like The Bet, Winamax and others.

In addition to facing the burden of taxation, Sorare would have to determine the identity of each user, and block access to minors (which is already the case according to its terms of use). This could have serious consequences on the number of active users of the site in France, but it could also open the door to restrictions in other countries, especially in Europe where the legislation on games is becoming more uniform.