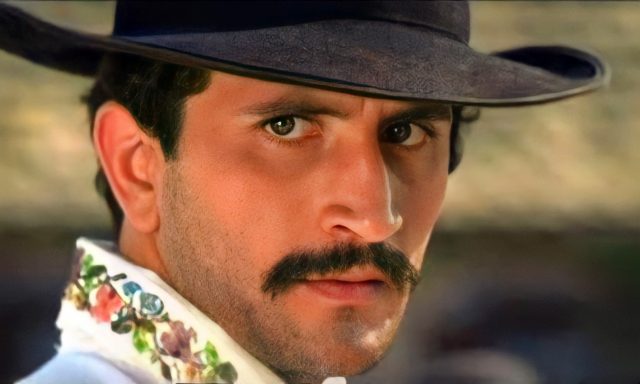 Șerban Ionescu passed away in 2012, but the actor remained immortal in the hearts of theatre and film lovers through the roles he played throughout his career.

He was married to actress Magda Catone, and publications have speculated for years that the marriage was not exactly a happy one. Obviously, only the two of them can know what the reality was. What is known, however, is that the actress was by his side until the last minute.

Șerban Ionescu, a talented actor, but with a broken destiny: he was orphaned by both parents at an early age

Șerban Ionescu was born on September 23, 1950, in Corabia, Olt County, the son of a doctor named Aldea Ionescu and Ana.

Unfortunately, at the age of four, little Șerban lost his mother, and at the age of six he also lost his father. Orphaned of both parents, he lived for a long time with an aunt in Izbiceni, Olt county.

As mentioned earlier, the actor was married to actress Magda Catone, with whom he had a son, named Carol.

On May 30, 2002, the actor Șerban Ionescu was decorated with the National Order of Faithful Service in the rank of Knight, along with a number of other actors, “for the prestigious artistic career and the special talent through which they gave life to the characters they played in films, but also on stage, on the occasion of the celebration of a century of Romanian film”.

As for theatre, the most important plays in which he could be seen on stage are: Dinner with Fools, Edward III, A Lost Letter, Chekhov’s Comedies, The Gypsies, The Brothers, Sunset, The Trial, and even The Ragpickers.

The artist was noted for his unmistakable acting style wherever he had the opportunity to perform, whether in a play or a film.

In 2012, Șerban Ionescu passed away, but not before giving birth to a mystery. He was suspected, at the time, of having suffered from berylliosis, becoming semi-paralyzed after a tick bite.

Immediately after this revelation, news of Șerban Ionescu’s health ceased.

At the same time, theatrical performances and concerts were organised to raise money for his hospitalisation abroad.

At the same time, the government also allocated funds for the same worthy cause.

Even so, for a month, no one knew where Serban Ionescu was. There was much speculation, among the most popular conspiracy theories being his separation from Magda Catone or his internment in Balotești, at the S.R.I. “Agrippa Ionescu” Hospital. None of these theories has been confirmed. Not then and not now.

At the same time, the actor’s stage colleagues were questioned, but none of them seemed to know anything concrete about Șerban Ionescu’s whereabouts.

It didn’t take long and the inevitable happened.

He died on November 21, 2012, after being admitted to Floreasca Hospital in the capital. It happened close to midnight.

According to medical staff, the actor had been taken to the Intensive Care Unit after his condition had worsened.

“Șerban Ionescu was admitted to hospital on Tuesday. We can’t say anything else, as the lady accompanying him has a procedure requesting that no data on the patient’s condition be given,” Floreasca Hospital spokesman Dr Bogdan Oprița told Mediafax at the time.

Read:  Volvo wants to innovate: what to test on the streets of Europe

Willy Rock - February 1, 2023 0
Facebook has long been the most battery draining app for mobile users. Sometimes after certain updates it seems to become even more demanding on...