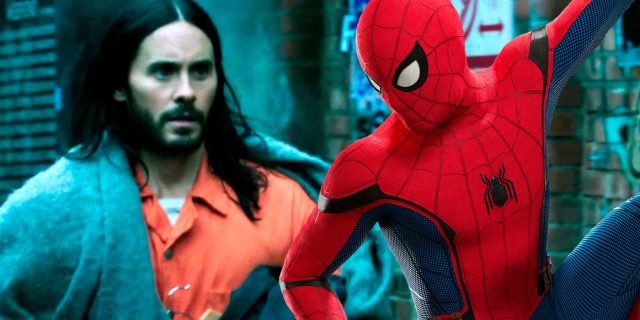 Superhero movies have always caught the audience. So, it’s no surprise that in 2022, they continue to dominate the market, but also the preferences of fans.

Let’s see which are the most important superhero movies from both Marvel and DC, which will be released this year in cinemas.

“Morbius”, the film in which Jared Leto makes his debut in the world with “first-hand” superheroes from Marvel

“Morbius” will be released on the big screen on April 1, 2022 and is officially the first film in which Jared Leto plays the role of a “first-hand” superhero in the Marvel Universe. It can be said that, at the moment, “Morbius” is also one of the most anticipated films of 2022, with a real chance to tick impressive figures in cinemas.

Read:  Patrick Stewart, returning to Professor X: "I wasn't so sure at first"

“Doctor Strange In The Multiverse Of Madness”

“Doctor Strange In The Multiverse of Madness” brings famous actor Benedict Cumberbatch back to the big screen. The film will be released in theaters on May 6, 2022.

“Thor: Love and Thunder” is scheduled for release on July 8, 2022. From then on, Thor fans will be able to watch the hero’s new cinematic adventures.

“Spider-Man: Into the Spider-Verse 2”

On October 7, 2022, Marvel’s target audience will have the unique opportunity to watch, for the first time, “Spider-Man: Into the Spider-Verse 2.”

A few days later, viewers are invited back to the cinema for the release of the film “Black Adam” – the premiere will take place on October 21, 2022.

“Black Panther: Wakanda Forever”, the sequel to the movie in which we saw the late Chadwick Boseman, will be released on November 11, 2022.

“Shazam! Fury Of The Gods ”

Last but not least, “Batgirl” will be able to be watched, this time on HBO Max, sometime in December 2022 – a specific date is not known at this time.