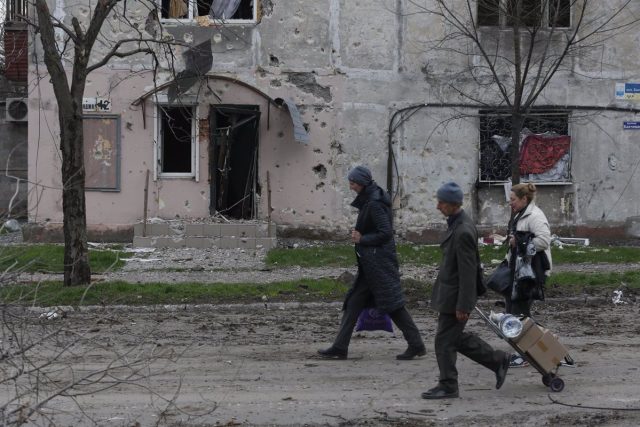 Estimates that there are still 100,000 Mariupol residents waiting to be transferred

The mayor of Mariúpol, Vadim Boichenko, confirmed on Tuesday that there are still 200 civilians trapped in the Azovstal metallurgical plant waiting to be evacuated from the area.

Thus, it has confirmed figures given previously a day after the evacuation work from the besieged city of Mariúpol was hindered. The Ukrainian authorities have accused Russia of preventing the transfer of civilians in the area despite the opening of a humanitarian corridor.

Read:  At least 35 dead, including 24 children, after attack on kindergarten in northern Thailand

The Azovstal plant is one of the last redoubts of the city of Mariupol that Russia has left to conquer, in its attempt to take full control of the east and southeast of Ukraine and thus be able to form a corridor that unites the regions of Donbas and the Crimean peninsula.

Boichenko has also warned that Russian forces have blocked the evacuation of 2,000 Mariupol residents who are in the city of Berdyansk, a few kilometers away, according to information from the Ukrinform news agency.

“We are waiting for that evacuation to start, near Berdyansk. Today there are about 2,000 residents waiting there after leaving Mariupol. They have been waiting for two weeks to be evacuated, but the enemy is destroying our plans and won’t let them out,” he said. .

Read:  US responds to EU proposal to revive nuclear deal, which Iran is already considering

Boichenko estimates that there are more than 100,000 Mariupol residents who may also be waiting to move. “Yesterday the attacks against Azovstal started right after the evacuation,” she lamented.