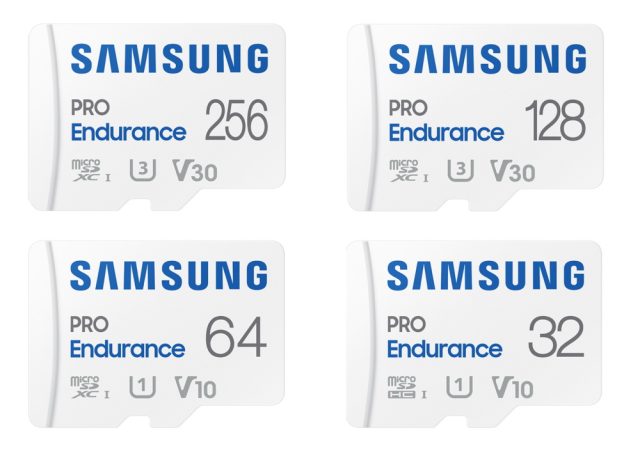 Coming to accommodate a recently emerging and highly profitable niche market, Samsung is launching the Pro Endurance range, putting in the package of a microSD card the capacity of a hard disk that is not expensive, but with endurance beyond expectations.

One of the areas in which storage solutions based on NAND Flash technology have not yet fully established themselves is video surveillance and continuous filming systems in general. Not only storage capacity was an issue, but also the limited endurance of alternative storage solutions, the classic hard drives being able to offer both generous capacity and proven endurance over time. And when reliability was not enough, simply replicating data on two or more cheap HDDs would solve the problem without much hassle.

Read:  Polestar 2 gets software performance upgrade for a fee, but no annual subscription

But with the advent of stand-alone surveillance cameras capable of filming and locally recording captured events, expensive video-camera configurations connected to a central storage device have simply become useless. Almost overnight, devices such as an intercom or electronic viewfinder for the front door have become accessible to anyone, the combination with a surveillance system being replaced by a simple connection to the Wi-Fi network, for remote access and uploading videos in the cloud.

With prices starting at just $ 10.99 for the 32GB model, the new memory cards offer endurance from 195 TB to almost 1600 TB for the 256GB version. Avoiding the provision of exact figures, Samsung talks about endurance using operating hours, taking as a reference the case of a Full HD video recorded at a speed of 3.25MB / s, continuously. Regardless of the expectations left by more or less explicit endurance figures, the new Samsung Pro Endurance cards come with a 2-year warranty for the 32GB version, 3 years for the 64GB model and 5 years for editions with 128GB and 256GB storage capacity, the latter coming to unequivocally confirm the company’s confidence in the reliability of the new NAND solutions.

Although not close to the capacity of modern HDDs, the new microSD cards come out of the latter at least a few usage scenarios, outlining an alternative that is easier to install, more energy efficient and absolutely reasonable. costs. Thus, the classic HDDs remain more and more isolated in the sphere of applications focused exclusively on data archiving.