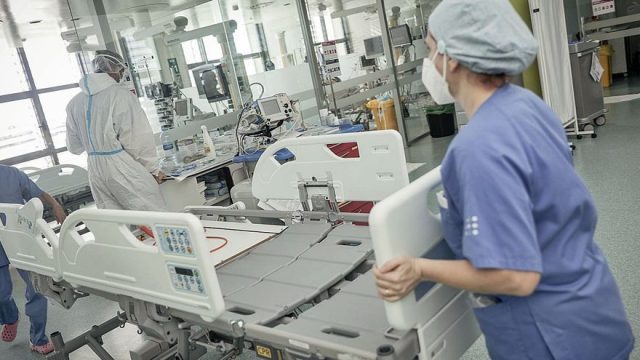 Many of the commitments made by the health authorities to strengthen the health system, two years after the pandemic began, continue to sleep the sleep of the just. Among them, the patient safety law, which came to Congress in the form of popular legislative initiative and endorsed by more than 700,000 signatures in 2019 and, still today, continues “blocked” and undergoing a “boycott”as interpreted by Satse, the majority nurses’ union and promoter of the legal text.

The law, which provides correct the historical deficit of professionals of the Nursing which the national health system suffers, was admitted for processing on December 15, 2020 with majority support: 312 votes in favor and 10 against (from the PNV and the PDECat). Later it passed the amendment to the entire ERC (for jurisdictional reasons and others) and, since then, it remains fallow due to the fact that different parties have requested, successively, extend the deadline for submitting amendments, a total of 44 times. With this ruse (which is not unrelated to parliamentary behavior), the law does not go on to be debated in Commission, an essential procedure to later be approved by the plenary session and continue its progress.

For this reason, Satse has asked the President of the Government, the Minister of Health, the members of the Congress Bureau, the political parties and the health advisers of all the autonomies to intercede for speed up processing parliamentary, in addition to carrying out different campaigns denouncing the blockade but, so far, they have been in vain.

Initially, the parties that requested week after week to extend the term of amendments were the PNV, Citizens and the PP. Then Ciudadanos stopped doing it, later PP and the last one that was recorded that requested it, in the minutes of the Congress Table, was the PNV. As of January, the identity of who or who requested new extensions ceased to appear in the official documentation, but last March 15 was the PSOEas reflected again in the minutes, and Satse suspects that the Socialists are behind the latest postponements as well.

For Satse’s spokesperson, Maria Jose Garciait is “absolutely unjustifiable” that the party with the most weight in the government is now “responsible for blocking the law”, when the socialist spokeswoman, Ana Prieto, endorsed the legislation in the debate on taking it into consideration with phrases like this: “It makes visible a commitment, which is also ours, to guarantee and contribute patient safety in the health care and care you receive, regardless of where you live or your economic situation, which is social justice”.

Read:  Low due to painful rule | Those affected by endometriosis say enough

“We don’t want to think that behind the ‘no is no’ of the PSOE there are political or economic reasons when the application of this law would suppose a expenditure of only 60 euros per inhabitant per year, while the savings that it would entail for the health system as a whole in the medium and long term can be quantified in billions of euros”, adds García.

And it is that numerous scientific studies conclude that the more health professionals, the less mortality and morbidity, which is why system savings as a whole. Spain, however, is among the countries that are European queue in number of nurses, with 5.3 professionals per 1,000 inhabitants, compared to 8.8 for the European average. This deficit means that each nurse has an assignment of up to 20 or 25 patients in the hospital and between 1,800 and 2,000 citizens in health centers.

And the law tries to correct it by setting ratios that do not exceed six patients in hospital care and 1,500 in primary care, in order to “guarantee patient safetyIf approved, it would make Spain the first European country and the third in the world, along with the US and Australia, to have a standard of these characteristics.

Monkeypox in Spain: Health issues an alert after detecting eight cases in Madrid